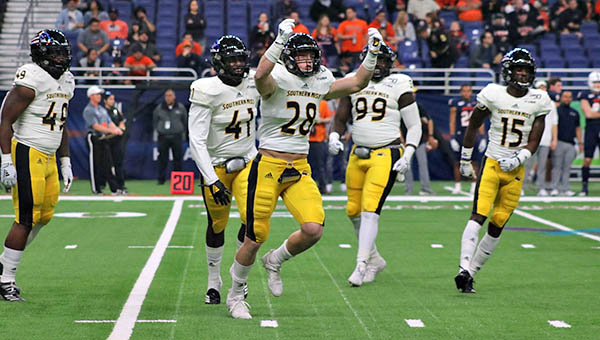 Abraham was 22-of-34 passing with one interception. Quez Watkins had seven receptions for 137 yards and Tim Jones had 97 yards receiving and a score on eight catches for the Golden Eagles (7-4, 5-1 Conference USA).

Southern Miss moved into a tie with Louisiana Tech atop the C-USA West Division standings. The Bulldogs, who lost 31-10 at Marshall on Saturday, beat Southern Miss 45-30 on October 19 and would hold the tiebreaker if the teams wind up tied.

“It wasn’t our best performance, but we’ll take it,” Southern Miss coach Jay Hopson said. “We’ll take the win and we’re glad to get out here with it. This is good football team we beat.” 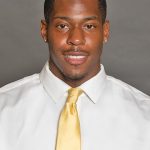 Southern Miss never trailed Saturday, but UTSA (4-6, 3-3) twice tied the game in the first half and trailed by only six points with less than five minutes left in the third quarter.

Lowell Narcisse connected with Carlos Strickland II for a 51-yard touchdown to cut UTSA’s deficit to 23-17 with 4:57 left in the third quarter, but Harris answered with a 33-yard touchdown run less than two minutes later and Kevin Perkins scored on a 39-yard run to make it 36-17 with 4:45 left in the game.

Narcisse passed for 325 yards and two touchdowns for the Roadrunners.

Harris took a handoff and raced up the middle for a 56-yard touchdown to give Southern Miss a 16-10 lead with 1:55 left in the first half.

On the first possession of the second half, Watkins caught a short pass, split a pair of defenders and went untouched for a 77-yard TD catch.

Harris, a former St. Aloysius star, had 21 total yards in the first half. Besides his career-best rushing total, he caught five passes for 22 yards.

“De’Michael and Quez, they had some big plays and that’s what those guys can do,” Hopson said. “They’re explosive players, and they made explosive plays. Give them all the credit.”

Perkins provided a complementary 65 yards and a touchdown on just eight carries as the Golden Eagles netted 203 rushing yards. It was their first 200-yard rushing game of the season and the first since gaining 252 yards in the 2018 regular-season finale against UTEP.