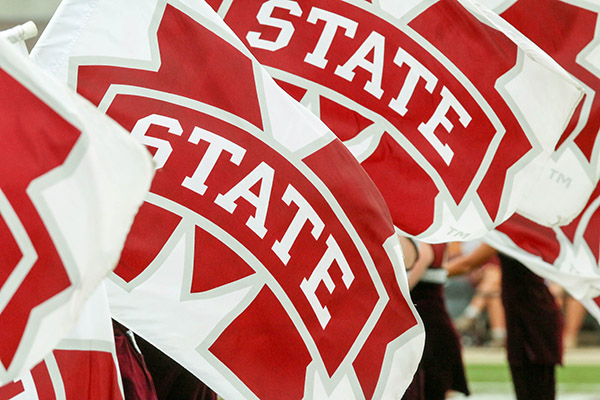 STARKVILLE (AP) — Robert Woodard had career highs of 21 points and 16 rebounds to lead Mississippi State past New Orleans 82-59 on Sunday at Humphrey Coliseum.

“I thought we played even better than the last game,” said Mississippi State head coach Ben Howland. “I’m so happy with the defense and we did a great job on the glass. Robert Woodard was obviously incredible today on the boards and we did a good job in terms of 20 assists on 31 made baskets.

“Reggie Perry did a great job on some backdoor passes, too. We shoot the ball over 50 percent and held them to 37 percent and got a good win over a hard-nosed team.”

New Orleans (1-3) was led by Bryson Robinson and Troy Green with 14 points apiece.

Woodard was 8-of-14 from the field and made a pair of 3-pointers. He also added four assists, two blocked shots and three steals.

“It feels great going out playing as hard as I can and achieving what I did tonight,” Woodard said. “I didn’t expect that all at one time, but it’s just a matter of playing hard and you can’t put a limit on playing hard. Anything can happen when you play like that. The energy was high for the whole game, even before the game and at breakfast this morning. It was just a high-energy game.”

Mississippi State led by as many as 30 points in the second half and held at least a 20-point advantage for the entire second half. The Bulldogs held a commanding 45-27 rebounding advantage and had 20 assists with 14 turnovers. New Orleans finished with 10 assists and 12 turnovers while collecting nine steals.

“I thought it was a game where I knew we had to rebound at a very high rate,” said New Orleans coach Mark Slessinger. “Coach Howland has done a good job of putting together a roster that plays to its strengths, not just offensively. He’s a good defensive coach and the key to the game being won or lost was them having 18 offensive rebounds and 25 second-chance points. It is something we will continue to work on and grow as we are in the midst of a difficult road stretch.”

Both teams traded leads in the early going of the first half. The first eight minutes featured six lead changes and eight ties before Mississippi State started to grab control. Woodard’s offensive putback capped off a 10-4 run by the Bulldogs and gave Mississippi State a 36-25 lead with 2:33 left in the half.

Woodard ended the first half with 15 points and nine board as Mississippi State led 38-28. The Bulldogs shot 52 percent in the half and held a 21-11 advantage on the boards. New Orleans shot 44 percent in the opening half and the Privateers had five first-half turnovers.

Mississippi State had eight turnovers in the first half and made just 2 of 10 shots beyond the arc.