We should get what we paid for: changes needed to avoid grass cutting fiascoes of 2019 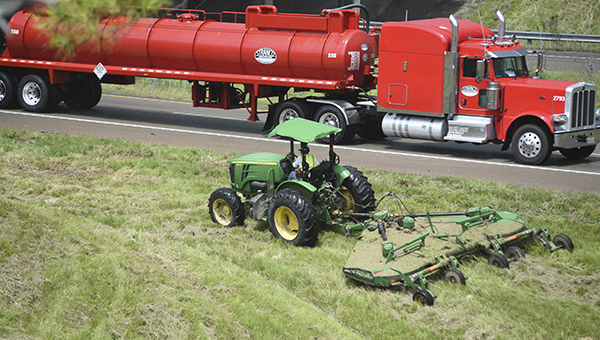 A contractor with the Mississippi Department of Transportation cuts grass alongside Interstate 20 East near the Indiana Avenue in June. (Courtland Wells/The Vicksburg Post)

Over the coming weeks, the structure of leadership, committee assignments and appointments in state government will begin to take shape.

The transition team working for Gov.-elect Tate Reeves will soon make decisions on who will lead state agencies, while Lt. Gov.-elect Delbert Hosemann will work with legislative leaders on Senate committee assignments and other leadership appointments.

As soon as many of those decisions have been made, the business of establishing the priorities of the next legislative session will begin.

While there are a number of high priorities, including education funding, infrastructure projects and bond-related projects such as riverfront development and investment in a new or expanded port, we hope local legislators will take the lead on something that is of a smaller scale and frustrating to those who live in Warren County.

This year, state highways and rights of way in Vicksburg and Warren County were ignored by contractors with the Mississippi Department of Transportation when it came to the number of times trash was picked up and the grass was cut. In fact, the city of Vicksburg had to step in and spend some of its precious taxpayer dollars on doing what the state and its contractors are responsible for.

While legislators do not dictate the who, what, when and where of cutting the grass, they do set aside the department’s budget in conjunction with transportation secretaries.

Legislators need to ask questions of MDOT officials about their contractors and how best to hold those contractors accountable for failed work, much in the way MDOT holds those who build, pave and repair roads accountable.

The service is paid for with taxpayer dollars and we deserve to know we are getting what we are paying for.