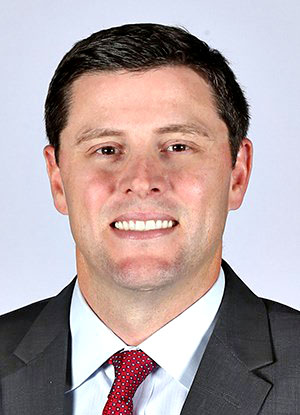 He was right there all along.

Ole Miss removed the interim tag from Keith Carter’s title by officially naming him the school’s athletic director on Friday.

“In my time as a student athlete and an administrator, I have experienced championship heights at Ole Miss, and I will work to provide the leadership and resources necessary for our teams to compete at that level year in and year out,” Carter said in a university release.

“This search was committed to finding the right leader who possesses the integrity and character needed to lead Ole Miss athletics, a strong and proven record of success and excellent management and interpersonal skills,” Boyce said in a release. “We were looking for someone who wants to be at Ole Miss, and who believes all of our programs can compete and win at every level. Keith Carter is absolutely the best person to lead Ole Miss Athletics to a new era of success.”

Carter is a former four-year starter for Ole Miss’ basketball team who helped the Rebels win Southeastern Conference Western Division titles in 1997 and 1998. He was a first-team Associated Press all-SEC selection and honorable mention on the AP All-America team as a senior in 1999.

He received a unanimous recommendation from a search committee that was chaired by Ole Miss alum and retired FedEx executive Mike Glenn. Former Ole Miss and NFL quarterback Archie Manning served in an advisory role to the committee and Boyce during the search process.

In 2016, Carter was named the Fundraiser of the Year by the National Association of Athletic Development Directors. Of the major gifts under Carter’s tenure was a $25 million donation from Jerry “Doc” Hollingsworth, which included $10 million in cash and is still the largest single gift in Ole Miss athletics history.

Since 2012, the Ole Miss athletics department saw revenue more than double, from around $57 million to $117 million.