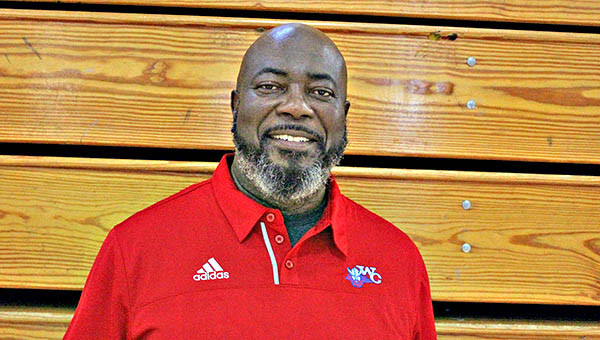 Before they gorge on turkey and dressing, sports fans in Vicksburg will get a chance to feast on a basketball buffet.

Fourteen teams — including Vicksburg High and Warren Central — will be in action Monday for the River City Challenge at Warren Central. It’s the third year for the day-long event, which Warren Central coach Bruce Robinson believes is growing into a Thanksgiving week destination for high school boys basketball teams along the I-20 corridor.

Eight of the 14 teams playing Monday are returning from last year, and 11 of the 14 are from in and around the Jackson Metro area. The other three, Yazoo City, South Delta and Mendenhall, are not far from it.

“We’re getting consistency with the teams we’re getting in, and we’re getting some of the better teams in the (Jackson) Metro area and I-20. I would pay $10 to see it,” Robinson said. “Pretty much every matchup has some type of significance. Clinton-Provine, Vicksburg-Forest Hill, and South Delta-Warren Central alone is worth $10.”

Admission to the tournament is $10, and is good for all of the games. The action begins at 11 a.m. Monday with Germantown vs. Murrah, and the last game between Warren Central and South Delta is set for 6:30 p.m.

Other games include Lanier vs. Madison Central, Yazoo City vs. Brandon, Jim Hill vs. Mendenhall, Clinton vs. Provine, and Forest Hill vs. Vicksburg.

Robinson said bringing in teams from the Jackson area was a strategy to promote the tournament to both fans and teams.

“Competition is the appeal. And then for the coaches, all they have to do is come and play. They don’t have to work to put on their own game or tournament. They also don’t have to drive very far,” Robinson said. “That’s what we try to do to put people in the stands. It doesn’t make sense to bring somebody down from a place like Olive Branch to play one game on a Monday.”

The River City Challenge marks the first checkpoint of the 2019-20 season, and the end of the unofficial “preseason” portion of the schedule.

Most teams will take the following week off for the Thanksgiving holiday, which provides an opportunity for a soft reboot as players return from football and work their way into the lineup. Many teams will look radically different next week, and certainly when region play begins in January, than they do now.

The Vikings have a 3-2 record so far, with competitive losses to state powers Raymond and Hattiesburg. Considering the quality of opponents and the normal early-season growing pains any team goes through, Robinson said he’s happy with where the Vikings are.

“I think it’s a good 3-2. We lost two home games, but it was to Raymond and Hattiesburg. We’re 2-0 on the road,” Robinson said. “Coming in, we always play such a brutal schedule that if we can get off to a 3-2 start, or even better 5-2 after Monday, we’re in good shape.”