Jackpot! Lottery tickets on sale for first time in Mississippi 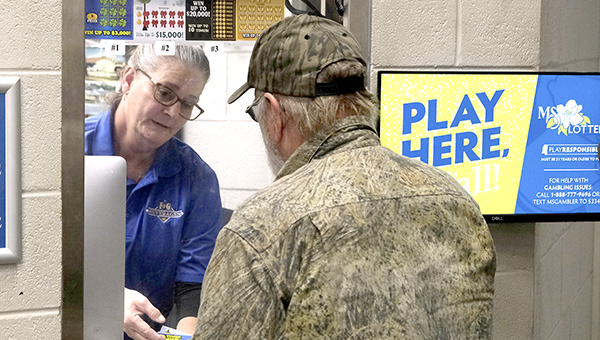 Tickets went on sale Monday. The tickets are available in roughly 1,200 convenience stores and other sites.

Democratic state Rep. Alyce Clarke of Jackson has been pushing for years to bring a lottery to Mississippi. She bought a ceremonial first ticket at a RaceWay store and gas station in south Jackson.

“It feels great. Finally, it becomes a reality. And it just goes to show you what happens if you don’t give up,” Clarke said. “Sometimes you have to try and try and try again.”

For decades Mississippi was one of only six states without a lottery. There was strong opposition from politically powerful churches. People often drove to neighboring states such as Louisiana to buy tickets there.

But in 2018, lawmakers authorized a lottery as a way to finance road maintenance and infrastructure needs. At the time, the state had been forced to close hundreds of unsafe bridges. For the first ten years, the first $80 million a year from lottery revenue will go to infrastructure needs. After the $80 million benchmark is hit, the rest goes to education. After the ten year period is over, the first $80 million will go to the state’s general fund with the remainder continuing to go toward education.

Right now, people can play four different types of games, and the Mississippi Lottery Corporation plans to introduce new games in the coming weeks. On January 30, tickets for both Mega Millions and Powerball will go on sale. Winners can remain anonymous.

By 7 a.m. Monday morning — two hours after tickets went on sale — the state had made $300,000 from its share of the ticket sales, said Meg Annison, the lottery’s spokeswoman.