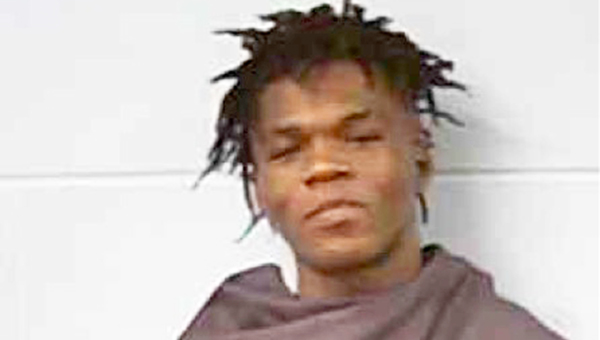 An investigation into a hit-and-and run at a convenience store on Clay Street resulted in the arrest of a teenager wanted in connection with a Sept. 22 fight on North Frontage Road in which two people were wounded.

Michael Jashawn Carter, 18, 652 Heartwood Drive, is charged with felony eluding, two counts of shooting into an unoccupied vehicle and two counts of aggravated assault with a firearm. He was being held in the Warren County Jail in lieu of $350,000 bond.

Lt. Johnnie Edwards, with the Vicksburg Police Department, said the shooting into an unoccupied vehicle and the aggravated assault charges involve the Sept. 22 fight.

The felony eluding charge involved Carter’s attempt to elude police officers who wanted to question him about a hit-and-run that occurred about 7:55 a.m. Wednesday at the Circle K, 3326 Clay Street.

The Sept. 22 fight occurred about 2:30 a.m. between the Ivy Place and Vicksburg Ford. Police said the fight involved several people, adding more than 20 shell casings from different caliber firearms were recovered at the scene.

Police in November arrested Jadaruice Devoils, 19, 3970 North Washington St. He is charged with two counts of aggravated assault with a firearm stemming from the fight, which occurred near the Waffle House on North Frontage Road.

Devoils, who was wounded in the fight, remains in the Warren County Jail in lieu of $150,000 bond.

• Two rifles and two shotguns were reported taken about 5:30 p.m. Tuesday from a home in the 1700 block of South Street.