Darden, an advocate for those who fought the backwater flood, named Woman of the Year 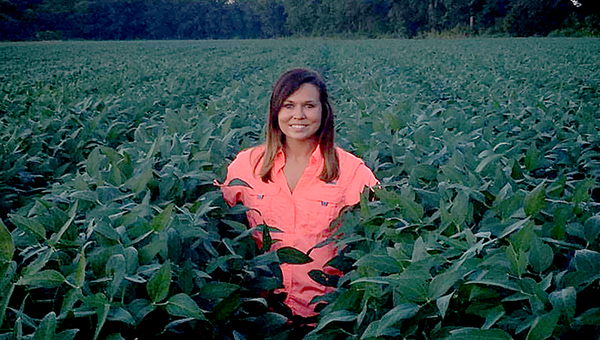 Standing at only 5-foot-2, Victoria Darden might be petite, but the young woman didn’t let her size prevent her from doing a big job.

When no one seemed to be listening, Darden, 28, took to social media to garner attention for what was going on in the South Delta during the historic flood. And, through her efforts, she made a difference.

For that reason and more, Darden was recently voted Woman of the Year in The Vicksburg Post’s Readers’ Choice Awards.

“I was very surprised and very shocked and am still in shock,” Darden said. “I was very outspoken (during the flood). And I imagine my name came up because I did a lot of the interviews and hounded Facebook for months.”

While Darden took advantage of social media, she also helped those of an older generation, who lived in her hometown of Onward, to use it in an effort to expand their reach.

Darden, who is the daughter of Randy and Vicki Darden, is a 2009 graduate of Porter’s Chapel Academy.

She works alongside her 73-year-old father on their 1,100-acre soybean farm.

“I drive a tractor,” she said. “I run the equipment. I help with the accounting side of things. I am fully involved.”

Darden said before the flood she was a very shy person and not outspoken at all.

“I was pretty reserved, but I didn’t do this for me,” Darden said. “I did this for the community because they did not have a voice. A lot of them are older and they didn’t have someone to speak out for them or someone who was well versed on the social media side.”

Darden said she wanted to thank everyone who voted for her. While being named Woman of the Year is an honor, she said, she was “apprehensive.”

“There are others who have also been very outspoken,” Darden said.

She added she is now part of a non-profit board focused on getting the long-planned backwater pumps installed, which could have helped prevent thousands of farmland from becoming an island sea.

“They (the board) are very involved, and I feel like they deserve this just as much. I don’t feel like this should be a one-person thing at all,” Darden said. “This is not really about me. It was about people and everyone coming together over this.

“I just feel like I did what was supposed to be done.”