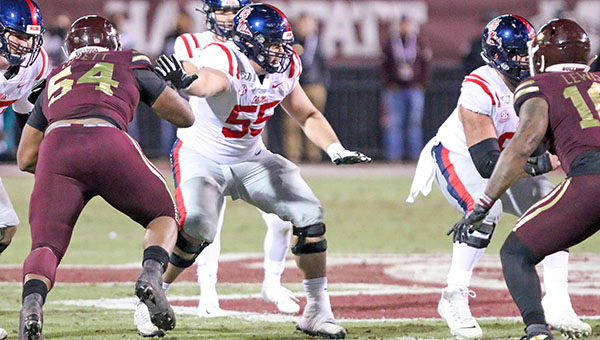 A weekly recap of performances by college football players from Vicksburg-area high schools.

• Southern Miss running back DeMichael Harris (St. Aloysius) carried the ball 10 times for 25 yards, and caught six passes for 37 yards in a 34-17 loss to Florida Atlantic. Harris also returned one kickoff for 21 yards and was credited with one tackle.

• Southern Miss offensive tackle Drake Dorbeck (St. Aloysius) started his 32nd consecutive game in the loss to Florida Atlantic. He also had one tackle on an interception return.

• Southeast Missouri State defensive lineman Josh Price (St. Aloysius) had a season-high five total tackles in a 24-6 loss to Illinois State in the first round of the FCS playoffs.