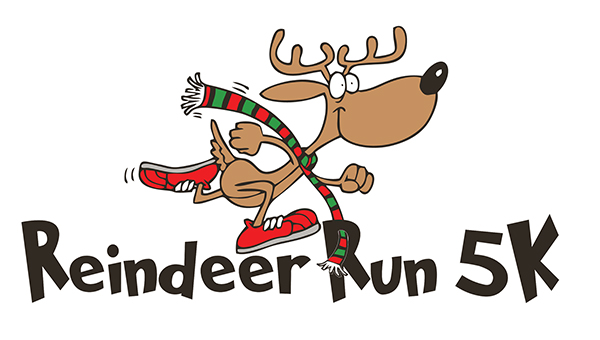 Vicksburg’s inaugural Reindeer Run 5k will kick off Saturday morning in historic downtown with more activities than your average race.

There will also be a post-race party for participants and a holiday pet parade.

The event is being put on by volunteers from The Vicksburg Running Club. Debbie Haworth, who is the event organizer, said they encourage all ages to participate.

“We encourage families to come,” Haworth said. “You are also welcome to bring your dog on a leash to walk or run with you.”

As of Monday, more than 115 people had registered for the race. Haworth said she and her team are hoping 150 people will have registered by Saturday morning.

The pet parade, which is free of charge, will take place immediately following the 5k. Pets who wish to participate in the parade must be at Margaritaville Landshark Bar and Grill by 9 a.m. Saturday to register. A panel of judges will preside over the parade and will award three pets a prize donated by Rocky Mountian Chocolate Factory.

“We encourage you to dress your dog in their holiday best,” Haworth said.

One of the sponsors of the event, Tito’s Vodka, will also be providing “dog swag,” or goodies for your pet.

Haworth said 100 percent of the proceeds from the event will go to Paws Rescue.

According to its website, pawsrescuepets.org, “Paws Rescue is a non-profit, no-kill animal rescue located in Vicksburg, Mississippi … Founded in 2004, Paws Rescue is composed of a small army of volunteers dedicated to rescuing stray and abandoned dogs and cats. We believe every pet has the right to a happy, healthy and safe existence.”

“We wanted to do the run and we were thinking about what group we wanted to do a fundraiser for,” Haworth said. “All the friends in my circle have rescue dogs, so that’s really dear to our hearts. We chose Paws Rescue because they have no funds outside of what they raise on their own.”

“When we have an event, everyone steps up and comes through for us and for the animals,” she said. “We’ve had a good time organizing the run, and we hope it will be a fun day for everybody to come downtown and see the Christmas decorations and have a good time.”

The registration fee for the 5k run and 5k walk is $35 per person and the 1-mile fun run is $20 per person. Participants can register online through Friday by visiting https://raceroster.com/events/2019/26741/reindeer-run-5k. Late registrations can be made from 7 to 7:45 a.m. Saturday morning. After registering, packet pick-up is from 5-7 p.m. on Friday or 7-7:45 a.m. on Saturday at Margaritaville Landshark Bar & Grill.

All participants will receive a long-sleeve technical shirt.

Stately is how most would describe the home of Al and Cindy Windham.   With its symmetrical design and classic... read more