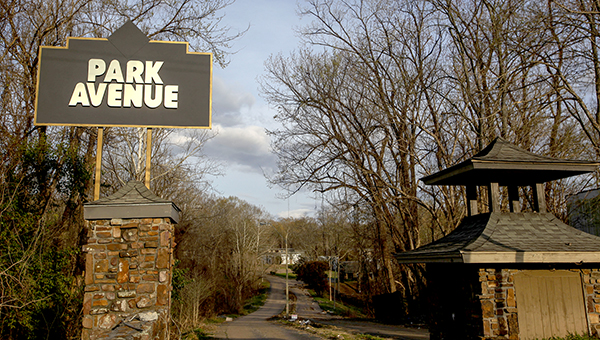 The site of the proposed Park Avenue condominiums at 780 U.S. 61 North is up for sale.

“We pretty much took on the project and we came to a point where we decided to at least entertain a sale and see if it’s a possibility,” said Art Berberyan, chief financial officer for property owner World Trade & Exchange Holdings LLC, a Delaware-based company with offices in California. “If, probably by the end of this year, we don’t have anything solid to lean to, then we would probably take on the construction and probably finish it within the next 12 months; that’s pretty much where we stand.”

The property is listed on the real estate website Loop.net for $2.5 million, but Berberyan said he has received offers in the range of $2.4 to $2.3 million.

“We will know by the end of the year if we have a solid offer where we feel confident enough to close; that the buyer is a capable buyer that we feel strongly enough about,” he said.

He said two potential buyers are presently going through the process of getting information and inspecting the property, but declined to name them.

World Trade & Exchange Holdings in August 2017 acquired the property from Eddie Grosse, owner of Whispering Woods LLC, the Delaware-based company with offices in Florida, and the parent company that owned the property.

Whispering Woods LLC acquired what was then called the Confederate Ridge Apartments in September 2013 and began making changes to improve the apartment complex, which at the time had a reputation for criminal activity.

But the property again fell into disrepair, and residents complained about problems with mold and leaks.

City officials in early 2016 condemned the Whispering Woods apartment complex after the apartment owners failed to pay its water bill, and Entergy later cut off electrical service after the complex was condemned.

The city in 2018 annexed five buildings on the property that were in the county at the request of World Trade & Exchange.

Work began to convert the apartments to condominiums soon after the property was acquired, but work stopped in March 2018 and did not resume.

Berberyan said the project was affected by internal problems that affected the company.

“It was different visions of where we wanted to go, so there was a bit of a falling out,” he said.

And while the company is ready to proceed with building the project, “At this point, I think bringing new life to this project with somebody new … I think it’s a great property and I really love that area, and I would love to see that property come to life.”

He said the goal of developing the property was to bring new life to the U.S. 61 North area “where we can bring a new look, fresh look; nice looking condos.”

Berberyan said one building has been remodeled.

“I would really love to see it done, whether by me or someone else,” he said, adding the potential buyers share his vision. “My hope will be that they take this on, that they have financing ready to fire; that they take it on in the next 12 to 18 months and they have the next 152 units developed.

“The people out there are hopeful for it and they want this thing to succeed.”