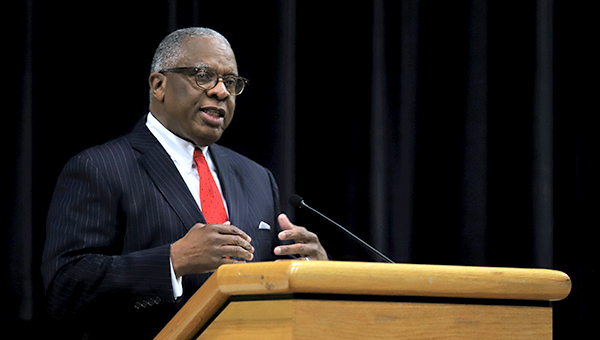 The public will get its first look at Mayor George Flaggs Jr.’s plans for the Kuhn Memorial Hospital property on Thursday.

Flaggs has scheduled a public hearing Thursday at 5:30 p.m. in the boardroom of the Robert M. Walker Building, 1415 Walnut St.

“I just want to get some open opinions about my idea, so we can look at it and I can share my idea with what we’re doing,” Flaggs said.

During a Nov. 25 meeting of the Board of Mayor and Alderman, Flaggs unveiled his idea for the park and his plan to appoint a five-member commission to develop the idea. His announcement came moments after the board rejected two proposals for a multi-use residential/commercial and recreation development of the property.

Flaggs envisions the park as a tourist destination and a site with a walking trail where people can walk for exercise as they tour the park.

“I think this will be the beginning of recognizing that area in a way we have never recognized it in this city,” he said at the November meeting.

Flaggs said Kuhn was important to the community, not only for the health care once provided there but also because “it was the first teaching hospital in the state of Mississippi. People don’t know it, but before Hinds Community College, you couldn’t get a degree in nursing (outside of Kuhn).

“It opened the doors for a lot of people, and we have a lot of nurses because of Kuhn Memorial Hospital.”

“I believe the time has come to do three things,” he said. “Erect a statue or some monument fitting to Dr. Martin Luther King and what he has done, a monument that is fitting for Kuhn Memorial Hospital and a civil rights park in the city of Vicksburg.”