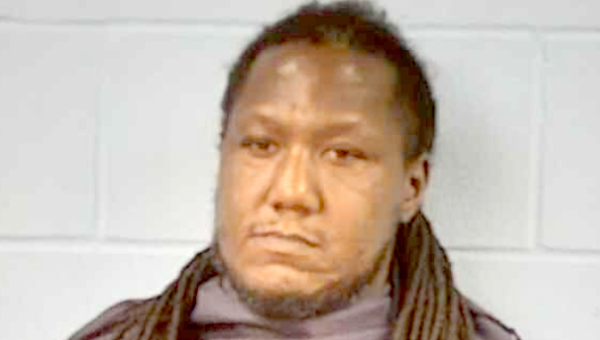 A Vicksburg man is in custody facing a number of drug and gun-related charges following a Wednesday morning arrest.

According to a release from the Vicksburg Police Department, Mose Hearron Jr., 38 of Vicksburg, was arrested by members of the department’s Narcotics/Criminal Investigation Division and Patrol Division, along with agents from the FBI Violent Crime Task Force after a search warrant was served at his home on Grange Hall Road.

Upon serving the warrant, investigators recovered approximately 1/2 pound of high-grade marijuana, digital scales, a semi-automatic weapon and cash. A second search warrant led to the discovery of a second firearm.

He had an initial appearance in Vicksburg Municipal Court before Judge Penny Lawson Wednesday and his bond was set at $55,000.  He was transported to the Warren County Jail pending Grand Jury.

In other crime-related news:

Officers Wednesday responded to 276 YMCA Place (YMCA) in reference to a burglary.  The complainant reported a Dewalt Power Wrench and a Dewalt Power Drill, both valued at $300 each, were missing.

Officers responded to 3400 Halls Ferry Road (Circle K) Wednesday in reference to an auto burglary. The complainant reported someone stole his Igloo lunchbox and $175.00 cash from his 2018 Dodge Journey.

An officer of the Vicksburg Police Department was flagged down in reference to a burglary that occurred in the 2400 block of East Main Street Wednesday. The complainant advised someone broke into his home and stole a Colman generator, two Stihl chain saws, Stihl pole saw, Stihl weed eater, Cub Cadet weed eater, three Porter nail guns, Stihl backpack blower and an air compressor. Total estimated value $2450.