Santa talks about the ins and outs of Christmas 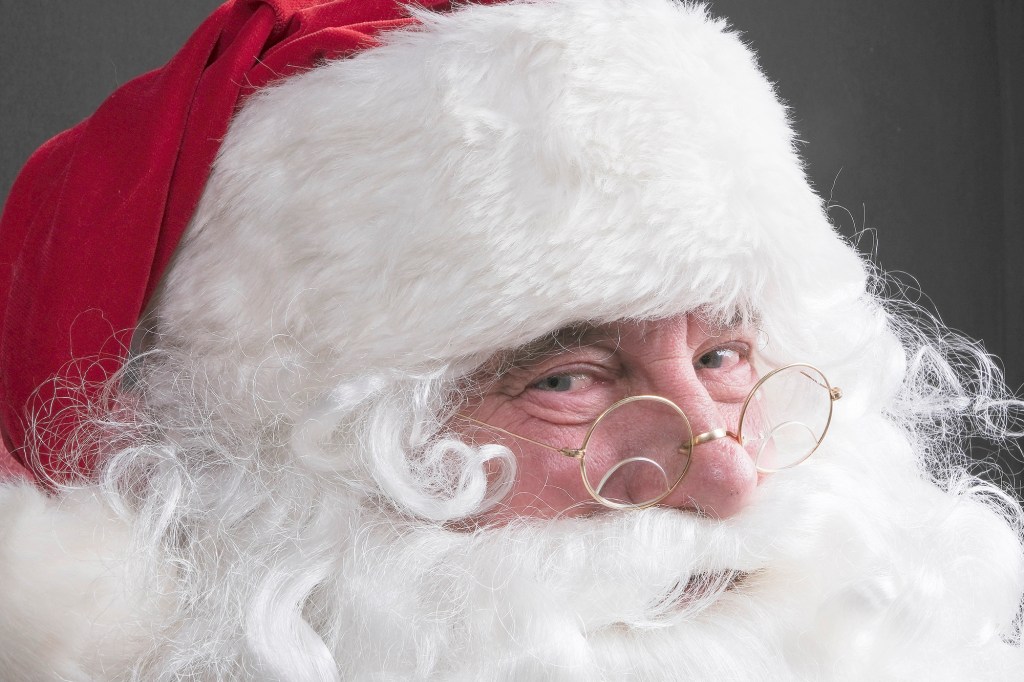 With his snow-white beard and red suit, Santa Claus is quite recognizable.

His little round belly jiggles when he laughs and there is no missing that twinkle in his eyes.

While most of us are aware of Santa’s physical characteristics, we don’t know much about Santa — the elf.

What does he do the rest of the year when he is not out delivering toys to good little girls and boys and what about his reindeer?

There are plenty of questions that would be interesting to know about old St. Nick, and this week, he gave a rare interview to clear up some of those sought after questions, one of which was naming his favorite kind of cookie.

“I like them all, but I prefer chocolate chip with nuts,” Santa said, adding, he likes chocolate milk better than white.

And yes, there have been times, he admitted, he has overindulged on the snacks left out for him.

Another question Santa answered was how he managed to read the thousands and millions of Christmas letters sent to him by children.

“It takes a very very long time,” Santa said. “There are not enough hours in the day to take care of it all, so I have to use a little magic and slow time down a bit. That’s the only way I can get it done, and I always check the lists twice.”

And for those times when he makes visits down South before Christmas Eve, so he can listen to requests from children in person, he occasionally will bring along one of his elves. But, he said, the elves usually stay at the North Pole.

“Elves have special jobs, and they need to stay back at the North Pole to take care of those special jobs, but every now and then I will have one come with me when we make visits and to help out,” he said.

But elves never accompany Santa in his sleigh.

“It’s just me and the reindeer,” Santa said.

Mrs. Claus also stays back at the North Pole on Christmas Eve.

“She helps take care of logistical issues,” he said. “I have traffic problems from time to time, and she helps me to work around storms.”

Also, with today’s technology, Santa said it takes quite a bit of maneuvering and monitoring to get to all the children’s houses.

“It’s not like in the old days. If I skipped somebody I would have to come back, but now she can keep track of where I am and tell me if I am ahead of schedule or behind schedule. I am usually behind schedule,” Santa said, “Because I lollygag.”

Santa said he keeps in contact with Mrs. Claus via cell phone.

Stuffed to the brim with toys, Santa said, his sleigh is about the same size of an average car, and no matter the weather conditions, Rudolf leads the way.

“I couldn’t leave the North Pole without him even if it is not storming, he has got to go with us,” Santa said.

As well-trained animals, the reindeer wait patiently as Santa uses his magic to slide down the chimneys to fill all the stockings. But what about the houses, that don’t have chimneys?

Santa said he just slips down the plumbing pipes.

For children wondering if they have been bad this year and instead of receiving toys they will get coal, Santa said, he never delivers coal.

Filling all those stockings is hard work, so when he returns to the North Pole, Santa said, he takes a little time off to rest up until he has to start preparing for next year.

At the close of the interview, Santa said he had one more thing he wanted to say to all the children out there.

Among some of his other appearances over the coming days, Santa and Mrs. Claus will be on hand for the annual Downtown Vicksburg Christmas Parade of Lights Saturday beginning at 5 p.m.