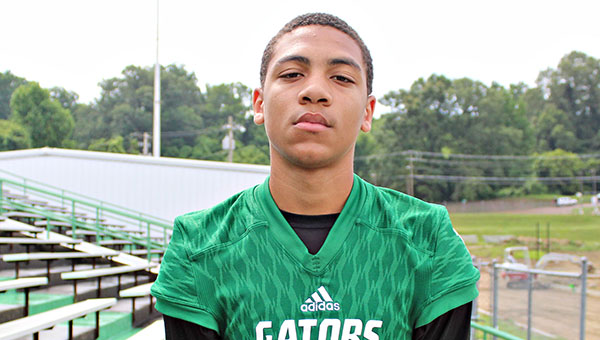 The Vicksburg Gators had nothing to be ashamed with their effort Thursday night, just a little to be disappointed about.

Despite playing short-handed for the last 57 minutes, the Gators managed to rally from a one-goal halftime deficit and force overtime. Jim Hill took the lead for good during the extra period, however, and handed the Gators a 3-2 loss in a Region 4-5A boys’ soccer game in Jackson.

Chris Williams scored both goals for Vicksburg (3-2-2, 1-1), with one coming off an assist from Zachary Stokes. The Gators played the last 37 minutes of regulation and two 10-minute overtime periods with only 10 men on the field after one of their players received a red card and was ejected.

Vicksburg will return to Jackson on Tuesday to play Callaway in the third of three consecutive region road games. The girls’ varsity game begins at 5:30 p.m. and the boys at 7:15.

McKenna Elder and Kennedy Mullins each had an assist for the Missy Gators, and keeper Rosemarie Thuha made 14 saves.

Erwin and McGloster have combined to score 12 of the Missy Gators’ 18 goals this season.

Vicksburg doubled its win total from last season, and remained in first place in the region with one game left on the first half of its round robin schedule. It will play all three region opponents again in January, and all of those games will be at home.