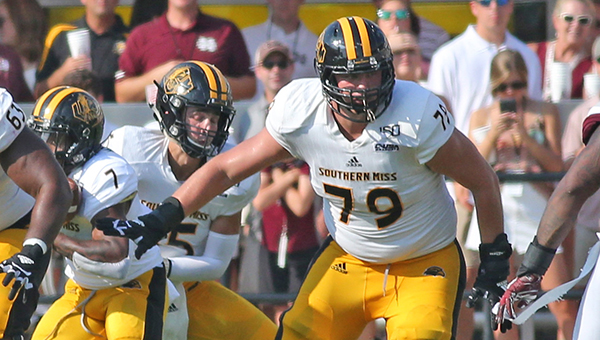 Drake Dorbeck has added one more accolade to a solid college football resumé.

The Southern Miss offensive lineman and former St. Aloysius star was named to the All-Conference USA second team on Tuesday, capping a career in which he started 32 consecutive games over three seasons at both left and right tackle.

It’s the second All-Conference USA nod for Dorbeck. The redshirt senior made the honorable mention list in 2017. This season he earned the Kent Hull Trophy as the top college offensive lineman in Mississippi.

Dorbeck was one of nine Southern Miss players selected to the All-Conference USA team on Tuesday.

Wide receiver Quez Watkins, defensive back D.Q. Thomas and kick returner Jaylond Adams were all picked for the first team.

Watkins led C-USA at 102.4 receiving yards a game as he posted a league-high 1,024 total yards in the air, including a team-high five touchdown catches. Thomas ranked second on the team in tackles with 68, but was first in tackles for loss with 14.0 and tied for second in sacks with 5.0.

Adams registered two touchdowns to tie school records for most kickoff return touchdowns in both a season and a career. 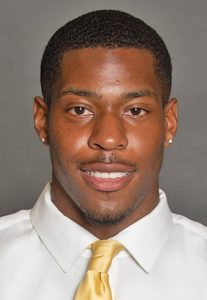 Harris, a former high school teammate of Dorbeck’s at St. Aloysius, moved from receiver to running back this season and led the Golden Eagles with 541 rushing yards and five touchdowns. He also caught 30 passes for 297 yards and three touchdowns, and scored one touchdown on a kickoff return.