Tuesday’s murder could be linked to weekend shooting 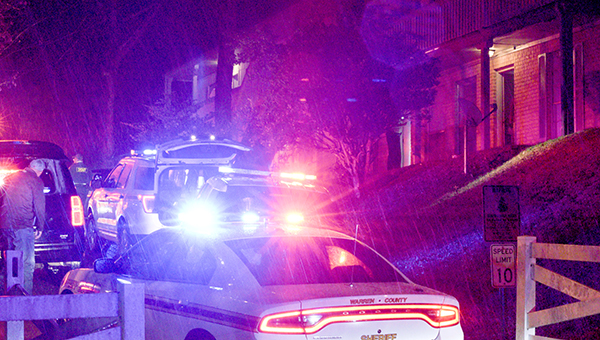 A reported Tuesday night shooting in which a 19-year-old man was wounded has become a homicide.

Warren County Coroner Doug Huskey said Kameron J. Logan died during surgery about 11:05 p.m. Tuesday at Merit Health River Region, where he was pronounced dead by doctors. An autopsy has been ordered.

Logan was shot earlier in the evening at the Azalea Trace Apartments, 320 Fisher Ferry Road, in Warren County.

He said deputies responded Saturday to a shooting at the same apartment where a 17-year-old teenager was shot in the midsection and leg.

The two calls to the apartments are not the first for the sheriff’s office. Between Jan. 1 and Tuesday, Pace said, deputies have responded to 135 calls at Azalea Trace.