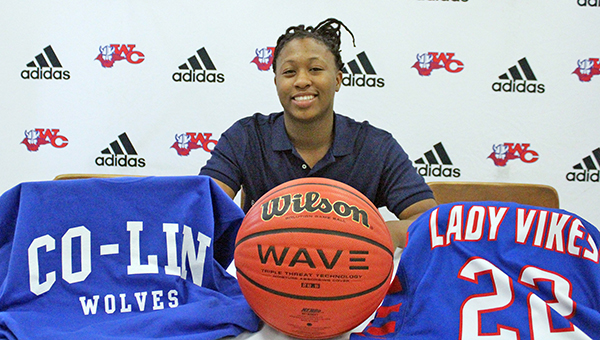 In October, when she was still getting back into game shape after suffering a knee injury late last season, Warren Central basketball coach Darein Hilliard said Aniya Sanders didn’t seem sure of herself.

“When practice first started we would do some things and she’d say, ‘I can’t do that.’ Then she would watch and next thing I know she was doing it,” Hilliard said.

Ten games into this season, Sanders is showing she hasn’t lost a step even if she lost most of the summer. The senior forward is averaging 17 points per game while leading Warren Central to a 7-3 record.

“I’m proud of myself for accomplishing this. I’ve been waiting for this day all my life. All my life,” Sanders said.

The past year has not been an easy one for Sanders. In December 2018, a number of players quit Warren Central’s team and left her as the only one on the roster with any significant playing experience. It thrust her into a leadership role she might not have been ready for, but was forced to accept.

She answered the bell by scoring at least 16 points in 14 consecutive games and averaging a triple-double — 22 points, 12 rebounds and 10 assists per game — for the season. She was named The Vicksburg Post’s girls basketball Player of the Year.

“Sometimes I had to step up and be a leader as an 11th-grader. They’re still young. I try to push them to do better. I think I believe in them so they can believe in themselves,” Sanders said. “It was difficult, because I never thought I’d be the person who would have to lead the team. It’s not easy at all.”

Even harder was the eight months after the season ended. In the regular-season finale against Terry, Sanders tore two knee ligaments while making a jump stop.

After the injury, Sanders hoped she would be back on the court in time for this season, and at full strength when the region schedule begins in January. Based on early results, she’s well ahead of schedule.

Sanders is averaging 17 points, eight rebounds, eight assists and three steals per game. An improving supporting cast that includes three freshmen or sophomores in the regular rotation has aided the Lady Vikes’ fast start. They won 10 games all of last season, and are already closing in on that total a month into this one.

“I think she looked around and there was nobody there but her,” Hilliard said with a chuckle. “Nobody in that locker room had any experience, other than Ashley (Raney), so it was pretty much all on her to take it on her back. She just put them on her back and carried them. She’s got a little more help this year, but she’s still embracing the leadership role. She’s doing a good job.”

Sanders’ play over the past year has made her one of the top players in the state, and signing with Co-Lin adds to that reputation. Co-Lin is one of the top women’s junior college powers in the state. Longtime coach Gwyn Young has not had a losing season since 1980-81, and the Lady Wolves reached the second round of the NJCAA Region 23 tournament last season.

“I always hold myself like that. I think I’m one of the best in the state,” Sanders said.