Christmas in the Park trolley breaks away from tractor on Washington St. 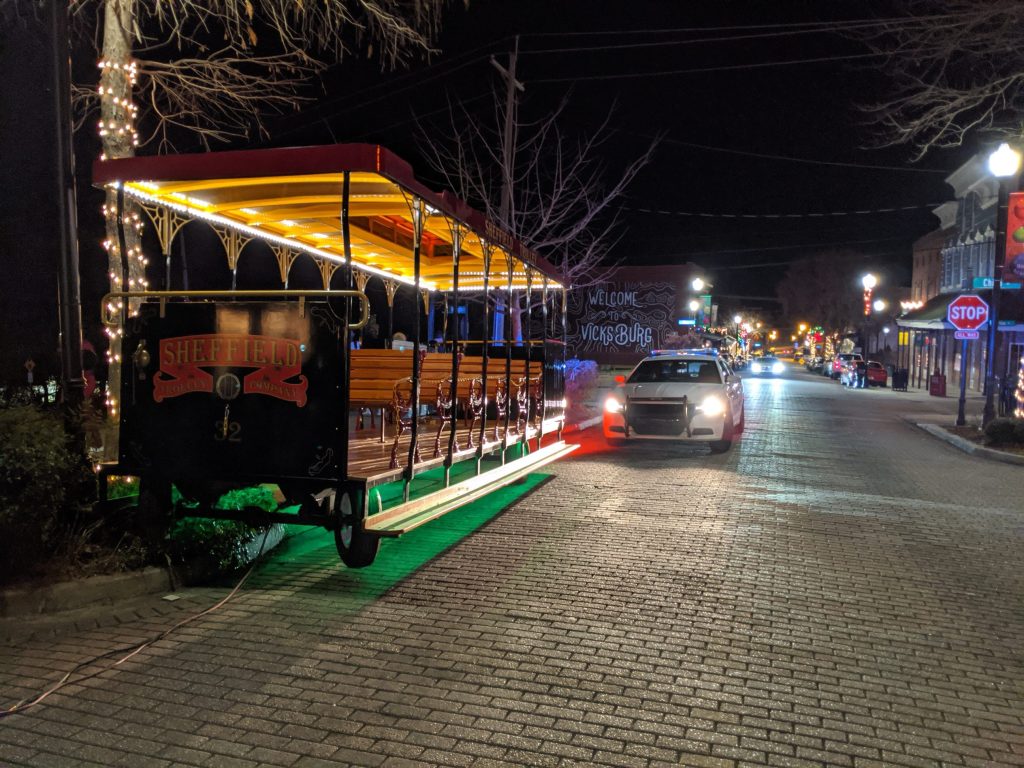 Vicksburg Police responded to an accident Saturday evening on Washington Street when the trolley used for Christmas in the Park broke loose from its tractor and rolled to a stop at a nearby curb. (Catherine Boone Hadaway/The Vicksburg Post)

The Christmas in the Park trolley broke away from the tractor pulling it at approximately 8:20 p.m. when the tongue of the trailer snapped in the 1200 block of Washington St.

All passengers got off the trolley and no injuries were reported at the time of publication.

After breaking away from the tractor, the trolley rolled down Washington St. until it ran into a curb in the same block and stopped.

Traffic was blocked at the corners of China and Washington Streets while police officers responded to the scene.