One injured in shooting on Meadowvale 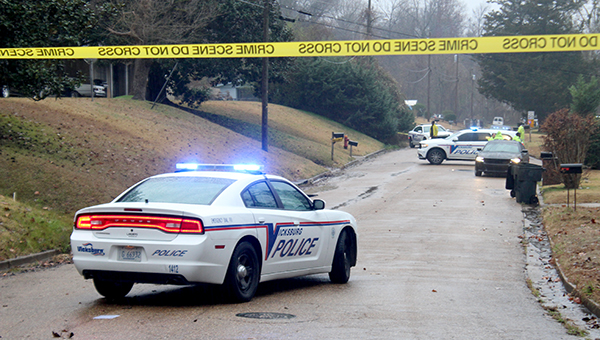 Officers with the Vicksburg Police Department block off access to the area around the 300 block of Meadowvale Drive Monday afternoon. (John Surratt/The Vicksburg Post)

The investigation into an afternoon shooting on Meadowvale Drive is continuing, but officials have released that one person was shot after a homeowner interrupted a burglary in progress.

According to initial reports, a person returning to their home on the 300 block of Meadowvale Drive walked in on the suspect. It was during that encounter, officials said, that the suspect was shot.

The robbery suspect was transported by personal vehicle to Merit Health River Region. Their condition is unknown.

Capt. Mike Bryant with the Vicksburg Police Department said the investigation is ongoing and more updates are expected.