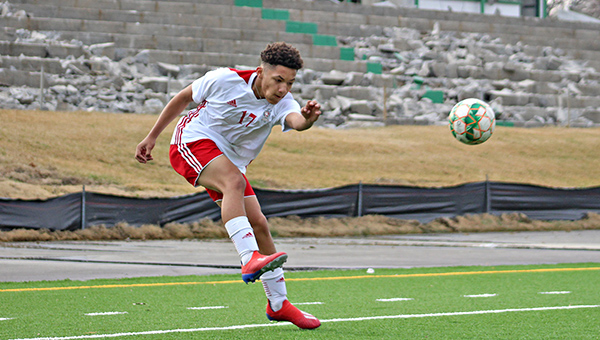 If some things are worth waiting for, then Warren Central and Clinton’s soccer matches should be epic whenever they finally get on the pitch.

Severe weather moving across Mississippi forced the postponement of their games on Monday, for the second time in a week. Cold weather and rain moved it off the initial date of Dec. 10.

The games were rescheduled for Tuesday — the girls will play at 4 p.m. and the boys at 5:30 — and they are without a doubt the most important that either team will play this season. The winners are in the driver’s seat for a playoff berth, while the losers will still be alive but have their work cut out for them in the second half of the region schedule in January.

The introduction of perennial state power Madison Central has turned Region 4-6A into one of the most competitive leagues in Class 6A. For years, Warren Central and Clinton were lumped in with Greenville and a rotating cast of Jackson Public School teams that were a clear step behind them. It practically guaranteed Clinton and WC a playoff berth every season.

Now, with Madison Central in the mix, there are three good teams for only two playoff spots and Madison appears to be the best of the bunch. That leaves Warren Central and Clinton to battle it out for the second berth. Murrah is the fourth team in the region and is not expected to contend.

Madison Central and Clinton play each other on Friday. Warren Central has already lost to Madison — both the boys and girls — and needs to win Tuesday to have a good chance at the playoffs. Tuesday’s losers could still qualify through a goal differential tiebreaker in the January rematches, but would literally be playing from behind heading into those games.

“We have to beat two out of three teams to go to the playoffs. We beat Murrah and lost to Madison Central, so we have to beat Clinton,” Warren Central midfielder Madelyn Polk said.
Warren Central’s boys’ team is 10-2, with its only losses coming against state powers Northwest Rankin and Madison Central. It has not allowed a goal in any of its victories. Clinton is 7-1-1 and has not played a region game yet.

The Warren Central Lady Vikes (8-4, 1-1 Region 4-6A) have more than just the playoffs on their mind. Last season, they beat Clinton 2-1 to clinch the region championship and snap a losing streak against their biggest soccer rival that stretched back more than a decade.

Beating the Lady Arrows (7-1-1, 0-0) again would send a message that last season was not a fluke.

“It’s the most exciting game for all of us,” Warren Central midfielder Maddie Watkins said. “Last year we won, so we have to own up to the title. There’s more tension every year because they used to beat us back-to-back. We just have to be ready for it.”