Mayor Flaggs and city ready for 2020, beyond 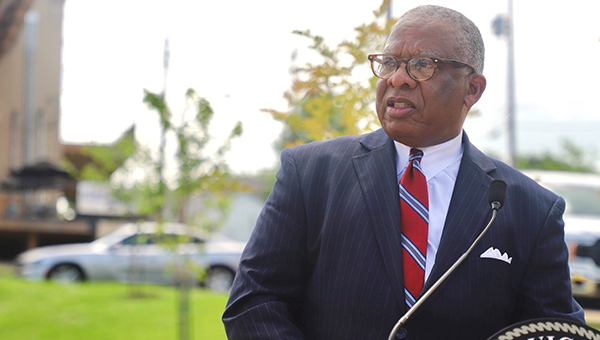 As 2020 approaches, the city of Vicksburg has never been better positioned to succeed and build on accomplishments of the previous year.

During 2019, we saw 121 new businesses open in Vicksburg, more than $150 million spent on construction projects, our water treatment plant named the best in the state, our sports complex visited 135,000 times creating a $12.4 million impact on our local economy, an independent audit revealed city government is “on strong footing’” ERDCwerx — a national-tech transfer organization — officially setting up shop in Vicksburg to support businesses moving to the city to work with the U.S. Army Engineer Research and Development Center, Washington Street Park completed and opened to the public in downtown Vicksburg, and our city received the community economic development award from the Mississippi Development Authority.

Add to that, in the six years Mayor George Flaggs Jr. has been at City Hall, Vicksburg, which operates annually on a budget of $30 million, has attracted nearly $40 million in state and federal dollars.

These are only a few reasons why I believe history will record that we’re witnessing one of the largest revitalizations our community has ever seen.

I believe this good fortune is because you, the voters, decided six years ago to allow George Flaggs Jr. to serve as our mayor.

While none of these accomplishments would have been possible without the support of private investors and industry leaders capitalizing on our city’s potential, Mayor Flaggs undoubtedly is one of the main drivers of our accelerated progress.

Following November’s statewide elections, Mayor Flaggs’ mountain of political capital is in plain view, and 2020 likely will set records for Vicksburg on many fronts — all of which I predict will be enormously positive and will continue the groundbreaking quality-of-life improvements and economic development achievements residents have come to expect from Mayor Flaggs’ administration.

Mayor Flaggs doesn’t own a business in Vicksburg or a lobbying firm in Jackson. He’s our mayor and lobbyist 24-7, and he’s working for a fraction of what I believe he’s capable of earning in the private sector.

Most recently he was the only elected official to be named one of Mississippi’s Most Influential African Americans of 2019 and, for the second year in a row, readers of The Vicksburg Post named him Vicksburg’s Best Elected Public Official.

To the naysayers, of which there are very few, I say get on board. Vicksburg has never been better positioned to continue attracting businesses and federal and state dollars.

Vicksburg is beyond lucky to have George Flaggs Jr. leading our city, not just because of his 26-year legislative career in the Mississippi House of Representatives or his relationship with top federal and state officials or his down-to-earth approach to leading, but because he directs all of his time and energy to constantly improving his surroundings.

He’s forging the relationships that, in turn, are bringing opportunities to Vicksburg’s residents through industry, retail and funding.

I’m proud to be on Mayor Flaggs’ team because he has championed a transparent city government in Vicksburg committed to growth and service at the least cost to the taxpayer.

Through this has come an unprecedented pro-business environment that will benefit Vicksburg for generations to come, giving young people hope for a bright future right here at home.

As a taxpayer and an employee of the mayor’s office, I’m grateful for all Mayor Flaggs continues to bring to the table for Vicksburg.

If you’re a Vicksburg resident, you have a thousand reasons to be grateful, too.

Today we’re on the right track, the best track, and I believe the progress and projects you’ll see take root in 2020 will make that clearer than ever before.

Sam Andrews, a graduate of St. Aloysius and Mississippi State, has been on staff in Mayor Flaggs’ office since July 2018.

GUEST COLUMN: 7 Healthy Habits for the New Year and Beyond