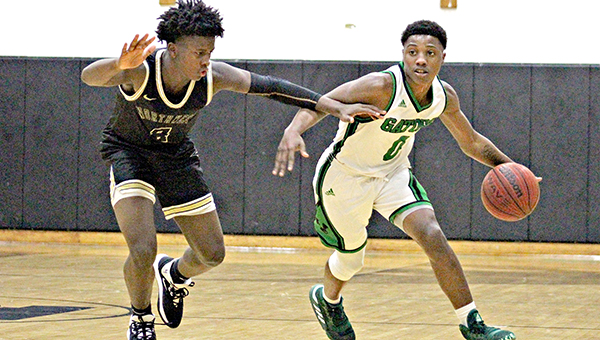 Christmas vacation is a working one for Mississippi’s high school basketball teams. That doesn’t mean there’s no room for a little sun and fun.

The Vicksburg Gators will take that approach this weekend, when they head to Gulf Breeze, Florida, for the Innisfree Hotels Pensacola Beach Basketball Event. It features 32 teams from 11 states and, for the Gators, is both an opportunity to test themselves and have a little fun while doing it.

“They’ve been trying to get us to come for a couple of years. I try to get our guys out of Vicksburg and give them another look, and inspire them by letting them see quality teams,” Vicksburg coach Kelvin Carter said. “I think it’s going to be more fun than anything. It’s a six-day, five-night trip. We’ll throw in a little education and shopping in with the basketball.”

The Gators will play three teams from three different states in the tournament. They open on Friday morning against Tennessee’s Morristown West — which won this tournament last year — and then face Graves County, Kentucky, Saturday at 6 p.m.

Their final game is Monday at 3 p.m. against Archbishop McNicholas out of Cincinnati, Ohio.

“Two out of the three teams won (district) championships within the last four years. They seem to be pretty good programs,” Carter said. “I want to play somebody that can make us better as a team. That was one of the deciding factors to go.”

Warren County’s other basketball teams will stay closer to home to find their Christmas competition. Vicksburg’s girls and Warren Central’s boys’ teams will play in the Jackson Public Schools Tournament beginning on Thursday.

“For us, it’s just going to be good not to have to sit for 2 ½ or three weeks going into our district games,” St. Al girls coach Mike Coleman said.

Warren Central’s girls and Porter’s Chapel Academy’s teams will not play in any tournaments this week.

For the teams that are playing, coaches said it’s an important week. Their rosters are resetting a bit as some players become academically eligible or ineligible, and others join between semesters. It’s also the last chance to adjust lineups and experiment with strategies before the start of region play in January.

“We’re in reset mode. We’re trying to get ready for district play, and trying to see what we need to work on,” Vicksburg girls coach Troy Stewart said. “It’s monumental for us. It keeps our girls engaged and focused on the goals we’re trying to attain. It ramps us up for January. Our first game in January is a district game.”

Playing, coaches added, also gives everyone a better focal point than muddling through a handful of early-morning practices during the week between Christmas and New Year’s. For the teams that don’t play this week it will be nearly two weeks between games.

“We practice, and like to practice, but we’d much rather play than practice,” Warren Central boys coach Bruce Robinson said. “It gives you a chance to fine tune and see some good competition over the holiday. It also gives the kids a chance to be seen by recruiters — especially the junior college recruiters, since they’re on their break right now.”