Denton puts focus on teachers, education ahead of session 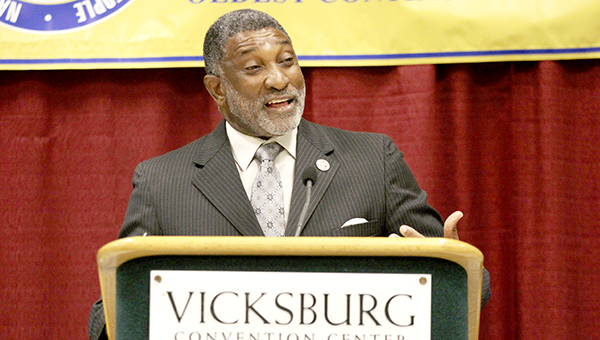 Editor’s note: This is the first in a series of articles with local lawmakers discussing their priorities heading into the regular session of the Mississippi Legislature.

State government in Mississippi begins a new era when the Legislature convenes Jan. 7.

The coming session will be the first of a new decade and the first under a new administration, following the elections in November of Gov. Tate Reeves and Lt. Gov. Delbert Hosemann, and speculation over what legislation they will want to move through the session.

“The only thing I can go by is what has been reported in the paper, and I’m hoping they both follow through with it,” said Dist. 55 Rep. Oscar Denton, D-Vicksburg. “They’re talking about a teacher pay raise and I read something that the lieutenant governor was interested in giving the state employees a pay raise.

“That’s something we’ve been trying to do for years, so I am definitely hoping they follow through on that.”

Reeves campaigned on a four-year plan to increase teacher pay by $4,300 and has said he is open to looking at pay raises for other state employees.

Infrastructure, Denton said, “Is still a big issue, as far as I’m concerned. I don’t think the lottery will be enough to do what we need to be done.”

He supports raising the state’s 18.4 cents per gallon gasoline tax, which is the 46th lowest in the nation.

“I don’t think it’s been raised in more than 30 years,” he said. “I think it will give us a big boost if we do that, and I will definitely be for doing that.”

Concerning Hosemann’s local option gas tax proposal, Denton said if the Warren County Board of Supervisors approve a resolution seeking a special bill for a referendum to increase the gas tax, “I definitely would not stand in their way.

“I would definitely support them on that, but I still think that would be putting a Band-aid on the problem,” he said. “We need to do something for the state; the entire state, not just the counties, because it’s going to leave some counties out; some counties might not be able to afford to do it, probably.”

A local option gas tax may not be the only special tax the county’s delegation will have to address. Mayor George Flaggs Jr. has indicated he expects to present a resolution to the Legislature seeking a referendum for a 1 percent sales tax for capital improvements.

Denton said he has not discussed the tax with Flaggs. He said he would not oppose the resolution if that is what the city wants to do.

Looking at other issues, Denton said the state should fully fund education using the Mississippi Adequate Education Program passed in 1997 to provide funding for public schools.

“There’s nothing wrong with the mechanism we have in place right now,” he said. “The problem is we have never fully funded it but once or twice. I think that’s what we need to bite the bullet on. We need to just go and fully fund education.

“The people in charge (of the Legislature), they went and gave all these tax cuts, which are going to hurt us, in my opinion. We’re too poor a state to be giving money away, and in essence, that’s what we’re doing when we give these tax breaks to corporations.”

Denton said presently, he plans to introduce bills to change the state flag and to develop a way to put a lien on state retirement benefits for public officials who are convicted of embezzling state funds.

“They owe the state and they took money from the state, then it looks to me like we ought to be able to get that money back some kind of way.”

Looking toward the start of the session, Denton said the house will have 25 new members starting the session.

“I’m looking forward to working with those members and with new leadership, the governor and lieutenant governor because I feel that we’ve got to work together to move this state forward.