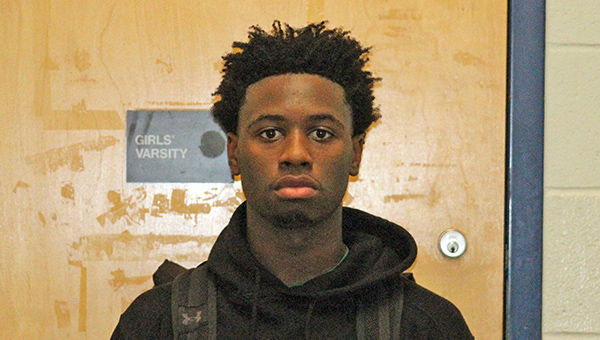 The Vicksburg Gators made plenty of fun memories on their holiday trip to the Gulf Coast, but did not get to bring home the shiny souvenir they were looking for.

The Gators reached the championship game of the Innisfree Hotels Pensacola Beach Basketball Event, but lost 50-41 to Archbishop McNicholas on Monday afternoon.

The Gators won two of their three games at the tournament in Gulf Breeze, Florida, while playing against teams from three different states. They topped Tennessee’s Morristown-Hamblen West 58-47 on Friday and Graves County (Kentucky) 60-43 on Saturday, before losing to Ohio’s Archishop McNicholas in the finale on Monday.

The Innisfree Hotels Pensacola Beach Event featured 32 teams from 11 states, split up into pods of four teams each playing round robin games. The Gators finished second in their pod with a 2-1 record. There was no overall championship game, so Archbishop McNicholas was one of eight teams that got to claim a tournament championship.

“I got everything I was hoping for,” Vicksburg coach Kelvin Carter said. “We talked about getting different looks, and these teams were definitely different than what we’re used to seeing from teams down south.”

The Gators were propelled into the championship game by balanced efforts in their first two outings. Four players scored in double figures in the win over Morristown, while Cameron Butler and Taylon Smith each hit three 3-pointers against Graves County.

Butler averaged 16.3 points in the three tournament games. Jaden Williams scored 12 against Morristown and Archbishop McNicholas, and had eight points and nine rebounds in the win over Graves County.

Smith scored 11 points in each of the first two games, and against Morristown Sean Hardy had six points, nine rebounds, five assists and six steals.

“That was definitely good to see,” Carter said of the balanced effort in each game. “They weren’t able to key around any one person. Any given night we’re going to have five or six guys that can be that guy.”

Carter said the Gators ran out of steam against Archbishop McNicholas, which is located in Cincinnati, Ohio.

“We had a decent first half, then our offense went stagnant,” Carter said. “When the offense got a chance to score in the second half, there was a lid on the basket. We didn’t have a good day shooting free throws, either. Pretty good effort, we just came up short.”

Although they lost their last game of 2019, the strong showing at the tournament sends the Gators (10-6) into 2020 on a positive note that they’ll need. Six of their next eight games are within Region 4-5A, one of the most difficult leagues in the Mississippi High School Activities Association’s Class 5A.

That difficult stretch begins Jan. 7 against perennial power and longtime nemesis Callaway (9-4) — which has won 13 of its last 14 meetings with the Gators — and is followed byanother Region 4-5A game against Ridgeland three days later. Two games against Provine await later in the month. The first two region games are at VHS, but the next three are all on the road.

A matchup with crosstown rival Warren Central is on Jan. 11.

Vicksburg has won five of its last seven games after an uneven first month of the season.

“It’s going to be very, very challenging,” Carter said. “We’re going to get a couple days’ rest and then prepare for Callaway. Actually, we’ve been preparing for them since November. The real season begins now.”