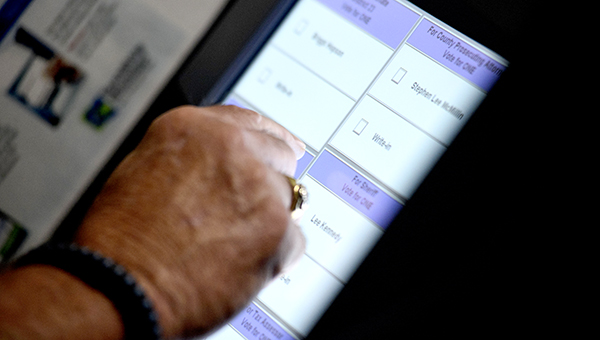 When voters went to the polls in August for the statewide party primaries, they began a process that would provide significant changes to the make-up of government in Warren County. That process came to a dynamic end in November when voters selected four newbies to the five-member Warren County Board of Supervisors.

In addition to those changes, in December long-standing county administrator John Smith, who had been dealing with significant health issues since Thanksgiving, announced his resignation.

The newly-elected and re-elected supervisors officially took office Wednesday. Their first meeting as a board is set for Monday, Jan. 6. During that meeting, they will appoint a number of positions including county attorney, road supervisor and county engineer. It is also expected they will discuss the process of selecting a new county administrator.

Also in the November general election, voters overwhelmingly supported the re-election of Martin Pace as Warren County Sheriff. Pace received in excess of 10,000 votes in his re-election bid.

Statewide, voters elected sitting Lt. Gov. Tate Reeves as governor and sitting Mississippi Secretary of State and Vicksburg native Delbert Hosemann as lieutenant governor. Those officials will be sworn in over the coming weeks.