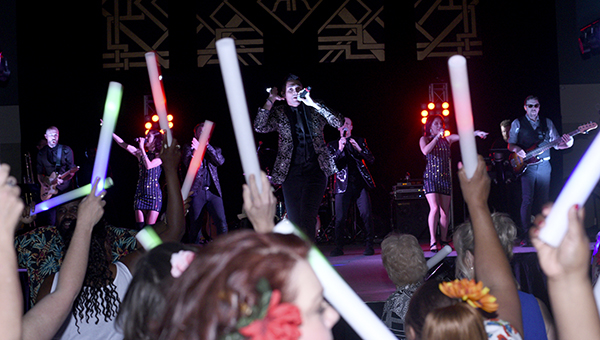 The Vicksburg Convention Center again played host to the annual Ritz on the River in July. This year, the event featured 12 South. (Courtland Wells/The Vicksburg Post)

During the 2018-2019 fiscal year, the Vicksburg Convention Center reported an economic impact on the local economy of more than $8 million. This was more than a $2.7 million increase over the previous year.

In issuing the report during the annual meeting of the Vicksburg Convention Center’s Advisory Board in October, executive director Annette Kirklin also reported that more than 50,000 people attended events at the convention center and a total of 18 conventions were hosted.

“With these events, we work diligently with partners in our community and produce positive collaborations so attendees not only utilize the convention center but also have the amazing Vicksburg experience beyond our doors,” Kirklin said.

As for the year-over-year increase in economic impact, Kirklin said part of that is tied to Margaritaville being so closely located to the convention center.

“There are conventions that would not have talked to us before if we did not have the close hotel proximity,” she said. “Even though Margaritaville only has 117 rooms, when conventions come now that wouldn’t come before that benefits all of the hotel properties throughout the city.”

In the report, the convention center detailed 13,387 hotel room nights that were booked as a direct result of events while acknowledging that is a conservative figure since many events don’t report total hotel rooms booked.