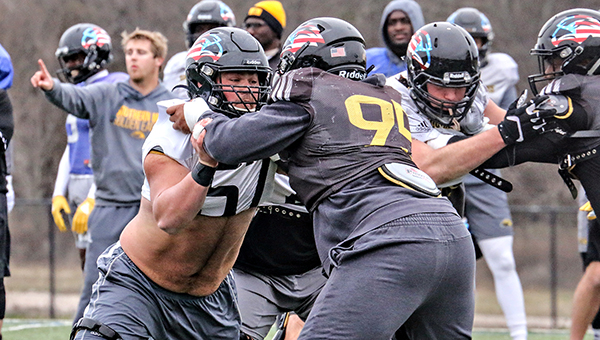 There are 41 games on the 2019-20 college football bowl schedule. When you’re No. 39 in the order, like Southern Miss and Tulane are, the waiting can be the hardest part of preparation.

The Golden Eagles and Green Wave will finally get their turn Saturday, when they take the field in Fort Worth, Texas, for the Lockheed Martin Armed Forces Bowl. It’s been a month since the matchup was announced, and the weeks in between have been filled with practices, holiday breaks and other activities.

This is unfamiliar territory for both teams.

The last time Southern Miss played a game in January was the 2006 GMAC Bowl. Tulane has not played after New Year’s since 1940, when it was a member of the Southeastern Conference and played in the Sugar Bowl.

When they play Saturday, it will have been 35 days since the last game for both Southern Miss (7-5) and Tulane (6-6).

“It’s different,” Southern Miss offensive lineman Drake Dorbeck, a Vicksburg native and former St. Aloysius star, said after practice on Thursday. “I’ve never played in a game after New Year’s. We had a week or two off and had time to rest and recover our bodies.” 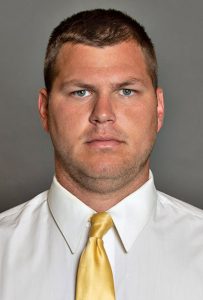 Southern Miss and Tulane both arrived in Fort Worth on Tuesday, and have since been balancing practice time with a slew of bowl-related activities.

It was back to practice Thursday morning, but a trip to a local comedy club was planned for the evening for USM’s players.

Dorbeck, a senior, said one of the most difficult aspects of the week was enjoying those activities with teammates while also focusing on the game at the end of it all.

Southern Miss is no stranger to bowl games, but this is a new experience for some of its players. The team did not get an invitation to a bowl in 2018 despite being eligible with a 6-6 record.
Southern Miss has been bowl-eligible each of the last five seasons.

“It’s definitely satisfying,” said Southern Miss running back DeMichael Harris, another former St. Al star and Vicksburg native. “We had seven teams go from the conference this year, and we want to keep it up for Conference USA.”

Harris is Southern Miss’ second-leading rusher, with 541 yards and five touchdowns, and is a key part of a balanced offensive attack. Thirteen players, including Harris, have caught a pass from quarterback Jack Abraham this season.

Juniors Tim Jones (66 receptions, 840 yards and three touchdowns) and Quez Watkins (55 receptions for 1,024 yards and five TDs) lead the receiving corps. Abraham has completed 70 percent of his passes over the past two seasons, and is on track to finish as USM’s career leader in that category. Abraham has also become just the third player in USM history to throw for more than 3,000 yards in a season.

Harris has had a hand in every facet of that production. In addition to his rushing total, he has caught 30 passes for 297 yards and three TDs, and has five plays of more than 50 yards — including a 100-yard kickoff return against Louisiana Tech.

“I’ve been all over the place, wherever the team needs me to be,” Harris said.