Fire confirmed at The Landings Apartments 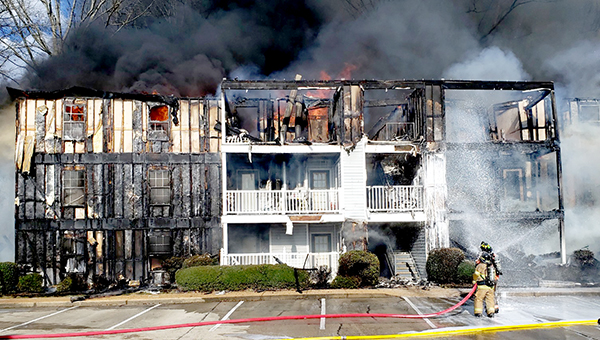 Multiple units are responding to a fully-involved fire at The Landings Apartments on Fairways Drive. (John Surratt/The Vicksburg Post)

Building No. 9 at The Landings Apartments, 501 Fairways Drive, appears to have been completely destroyed by a Monday afternoon blaze.

At around 2 p.m. multiple fire units in Warren County were dispatched to the scene where flames and smoke were showing.

Once units responded the building was fully involved.

In addition to fighting the fire, units have worked to prevent the fire from spreading to nearby apartment buildings.

At this time, no one has been reported injured.

We have reporters and photographers on the scene and will update the story shortly.