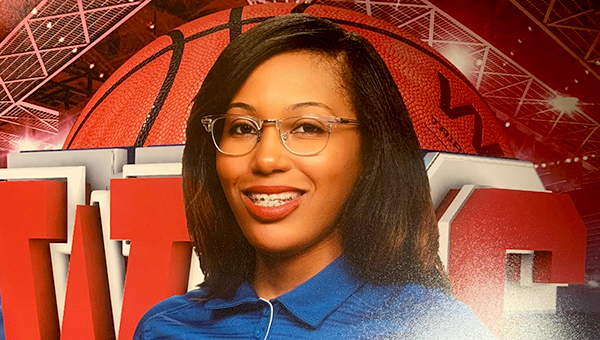 Standing in the parking lot at The Landings Apartments, the warm sun overhead was overwhelmed by the heat coming off of Building 9 — the place she called home until 2 p.m., when it was transformed into a roaring inferno and, eventually, a smoking, ashen hulk.

The stunned Casey took stock of the situation and came to a conclusion.

“I thought about it and didn’t know where else I could be. I could stand there and watch my apartment burn, or I could do something to take my mind off the situation for an hour or two,” Casey said.

Her distraction was her job as Warren Central’s ninth-grade girls’ basketball coach. The Lady Vikes had a game against archrival Vicksburg later that evening, and Casey decided she didn’t want to miss it.

Casey was on the bench Monday evening leading her team and finding comfort in the love and support of her players and colleagues. It hardly dampened the personal disaster that had befallen her — she escaped the apartment with her car keys, purse and the clothes on her back as flames fully engulfed the building — but did provide a level of emotional support she needed in a trying time.

“They (players) wanted to talk about it and find out everything, but I just wanted to be around people that wanted to embrace me. I told them to let’s go through the motions of playing basketball and pretend that it didn’t just happen,” Casey said. “It means a lot. The support I have around me means so much to me, and I needed it. All the love that they showed me means a lot.”

Casey said she arrived home just before 2 p.m. Monday, intending to take a break before her team’s basketball game at Vicksburg High School a few hours later. A couple of minutes after getting into her apartment, she heard someone banging on the door.

She ignored it at first, but when it continued she came out to see what it was.

“The maintenance guy, I think it was, was banging on doors and telling people to get out because there was a fire,” Casey said. “I don’t think I took it seriously. I took my keys and bag and went out.”

Casey recently had knee surgery and said she cannot run yet. She calmly — but quickly — walked down the steps toward the parking lot, only realizing the magnitude of the situation when she took a peek behind her and saw thick black smoke billowing from the building.

Casey said she thought later about what items she might have taken a moment to save, but was glad to have her life.

“I had so many material things, but there was nothing that was worth risking my life for,” she said.

Once safely out of the building, Casey started calling people to let them know she was OK and to apprise them of the situation. One of the calls was to Warren Central varsity girls coach Darein Hilliard, who offered to coach the ninth-grade team in Monday’s game.

Casey would have none of it — not only because she wanted to be around her team or needed a mental distraction, but because of a very important logistical issue. She had taken the players’ uniforms home to wash them, and they were incinerated in the fire.

She and her team gathered at Warren Central High School and rummaged through a storage closet to find some old practice uniforms to wear for Monday’s game. There was some tension in the air, Casey said, which she tried to defuse with a pregame speech.

“I think they were afraid to talk about it,” Casey said. “They were down, so I gave them a speech. I told them I’m here for y’all with nothing but the clothes on my back.”

The speech lifted everyone’s spirits, but there was not a storybook ending to the evening. Vicksburg easily defeated the Lady Vikes.

“They gave it all they could. I was really proud of them,” Casey said.

On Tuesday, the day after the fire, Casey took the day off from work to file insurance claims and take care of the nuts and bolts business of reassembling a life in ashes. Casey said some people have reached out to help, but she is well aware there are difficult days ahead.

Casey, who is also an assistant coach with Warren Central’s varsity girls basketball team and the head coach of the varsity girls track team, is hoping her coaching duties provide a level of support and distraction through some of it.

“Not only do I have basketball, I have varsity track and we’re getting ready for that season. It keeps me from dwelling on being without. I have support,” she said. “We have a game at Clinton (Tuesday) night and I’ll be there with my team. It’s just moving forward and praying.”