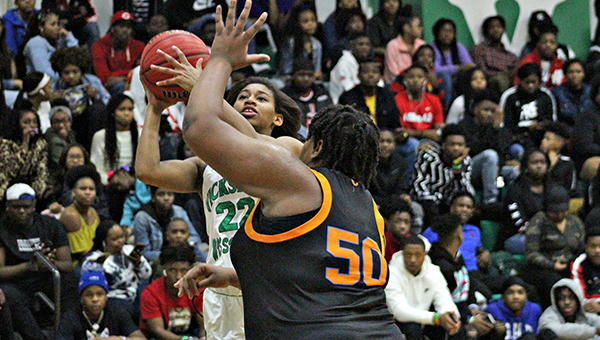 The sophomore guard scored 22 of her game-high 30 points in the second half to lead Vicksburg to a 54-46 victory over Callaway in its MHSAA Region 4-5A opener.

Vicksburg and Callaway will play again Jan. 17 in Jackson.

“That’s the way you want to start the New Year,” Vicksburg coach Troy Stewart said. “It’s a big win against a big district opponent. We’ve just got to try to stay the course.” 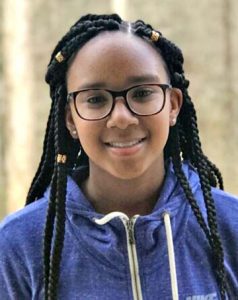 Yakia Burns added 12 points for Vicksburg, but it was Sims who carried the scoring load.

With the score tied 22-all at halftime, Sims took over in the third quarter. She scored 14 points in the period to spark the Missy Gators to a 39-31 lead. They then held Callaway at bay in the fourth quarter and cruised to the win.

“We put a little pressure on them half-court and three-quarter court, and it slowed down them getting it to (Bridges). They made a few mistakes. We had some good guard play up top and got a few steals, and that made a difference,” Stewart said.

Clinton led by 12 points at halftime, then outscored the Lady Vikes 40-9 in the second half.

The Lady Vikes lost their third consecutive game, and for the fifth time in six games. They’ll play at Vicksburg High Saturday at noon.

Kingdom and Claiborne combined for 23 of Greenville Christian’s 29 points in the first quarter as the Lady Saints jumped out to a 29-8 lead and never looked back.

Brittnee Martin had a good performance for Porter’s Chapel in the loss. She finished with 21 points, while going 7-for-11 from the field and 6-for-6 at the free throw line.