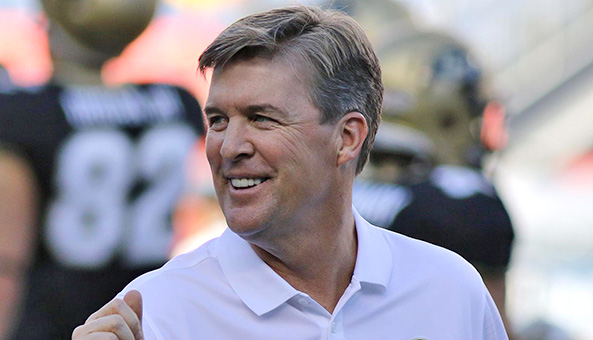 MEMPHIS, Tenn. (AP) — Memphis has hired Mike MacIntyre as defensive coordinator after he filled the same role at Ole Miss this past season.

He was hired as Ole Miss’ defensive coordinator before the 2019 season, but was not retained after Matt Luke was fired and replaced by Lane Kiffin as head coach.

The MacIntyre hire comes one day after Memphis quarterback Brady White tweeted that he was returning to the Tigers for his final year of eligibility. White helped Memphis go 12-2 and win the American Athletic Conference before losing to Penn State in the Cotton Bowl.