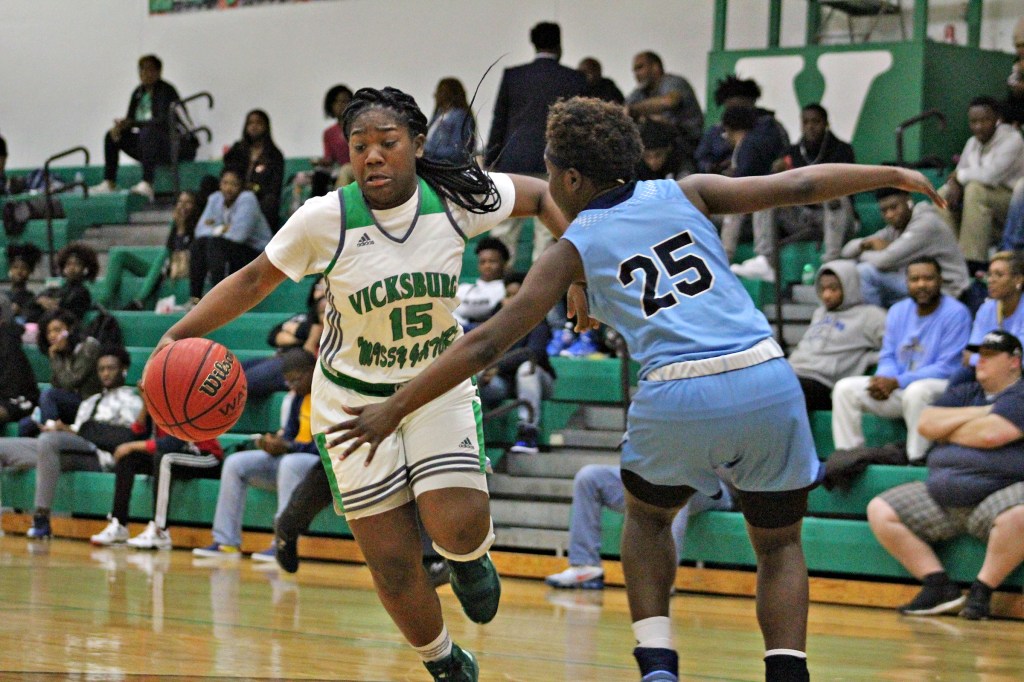 This game, for the Vicksburg Missy Gators at least, turned out not to be worth the wait.

Xzeria Denson scored the go-ahead basket on a steal and layup with 1:13 remaining, and finished with 10 points as Ridgeland beat Vicksburg 52-48 on Friday.

Ridgeland held the Missy Gators to one point in the last 1:47 and handed them their first region loss. The teams play again at Ridgeland on Jan. 24.

“District games are more important than the rest of the games we might end up having on our schedule, so this one hurts,” Vicksburg coach Troy Stewart said. “We have to go back to the drawing board and get better than we were today. The good thing about it is, we see them again, so we’ll play them again and see how it turns out.”

The start of the game was originally moved up two hours from its traditional 6 p.m. tip time to 4 to avoid travel issues related to stormy weather forecast to affect the region later Friday night. A scheduling mix up with the referees pushed it back to 5:25 anyway.

The teams filled the 85 minutes in between by alternately shooting, stretching and sitting, and then the next 90 minutes or so with some alternately sloppy and exciting basketball.

Each team committed enough turnovers to squander modest leads at several points in the game. Unfortunately for Vicksburg (11-7, 1-1 MHSAA Region 4-5A) it was on the wrong end of the final momentum swing.

After rallying from a six-point deficit to tie the game at 47 on a layup by Destini Sims with 1:47 to go, the Missy Gators went cold. They were 4-for-10 at the free throw line in the fourth quarter, and after Sims’ layup they missed two shots, committed two turnovers, and allowed Ridgeland to grab three offensive rebounds.

Denson’s backcourt steal and layup put Ridgeland (10-9, 1-1) ahead with 1:13 remaining. After Vicksburg’s Tiarra Jones split two free throws to make it a one-point game, Jakiyah Esco scored with 20 seconds to go — after Ridgeland had grabbed two of those offensive rebounds — to make it 51-48.

Yakia Burns missed two free throws for Vicksburg, and Madison Capler hit one for Ridgeland with 17.7 seconds left to seal it.