State Fire Marshal: Cause of apartment fire was electrical 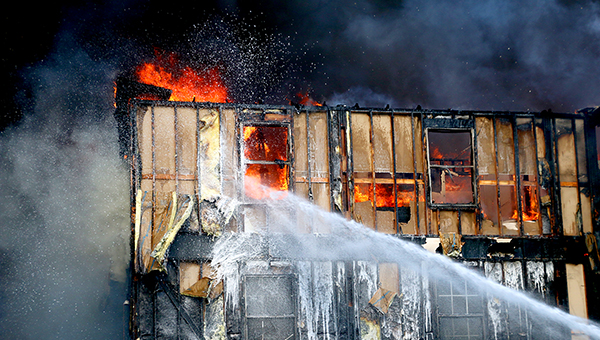 The 12-unit apartment building at The Landings Apartments was destroyed by an electrical fire that started in the building’s attic, according to information from the Mississippi Fire Marshal’s Office.

The fire, according to the report, was not suspicious.

The Monday afternoon fire at the 12-unit building, known as Building 9, displaced 23 residents.

Firefighters attempted to contain the blaze to the third-floor area, but were unsuccessful, and moved to a strategy to protect a nearby building. The siding on that building and on two others directly across the parking lot from the fire was warped from the heat of the inferno.