Riles Funeral Home has a new owner, but a familiar name 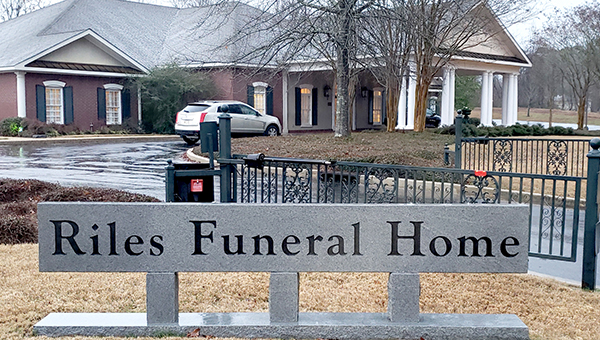 Riles Funeral Home has a new owner and takes on a familiar name — Fisher-Riles.

The sale comes on the heels of Riles Funeral Home’s owner Charles Riles announcement of his retirement.

“Fisher-Riles is a name that Vicksburg has known for several years in days gone by,” said Thomas Laird, marketing director for Fisher-Riles. “Mr. Charles at one time owned Fisher Funeral Home in Vicksburg.”

“And now at his retirement, he wants to continue his legacy, and he has entrusted us to continue that legacy,” he said.

“And we having owned Fisher Funeral Home already, thought it would be wise not to differentiate between what Vicksburg’s already known and go back to the name that people knew, Fisher-Riles.”

Laird said no decision has been made about the management of the Indiana location, adding the company was fortunate to have Jason Wood, who was at the former Riles Funeral Home since 2015, and spent five years with Fisher before joining Riles. Vinnie Testa is the manager of Fisher.

“I don’t think the community is going to see anything but a continuation of the great service that both locations have offered.  Nothing’s really changed,” Laird said.

“We will continue to serve our families with the same professionalism and respect they expect from Riles Funeral Home and Fisher Funeral Home,” Wood said.

“And what we learned from Charles,” Laird said. “He’s a legend in the funeral industry in Mississippi.”

Pearce said he was pleased with the acquisition.

“We were honored Charles chose us,” Pearce said. “There were many people he could have sold to, but he chose us.”

Established in 1854 by Frank J. Fisher, Fisher Funeral Home was originally located at 908 Grove St. until the 1940s when the business was moved to its present location on Cherry Street.

It was the first funeral home in Mississippi to offer horse-drawn carriages, first to have an air-conditioned building, first to have motorized vehicles, and the first embalming was performed by Frank J. Fisher.

A Vicksburg native, Riles was associated with Frank J. Fisher Funeral Home starting in 1960, and owned Fisher-Riles Funeral Home until 1995 and later was a consultant for the firm.