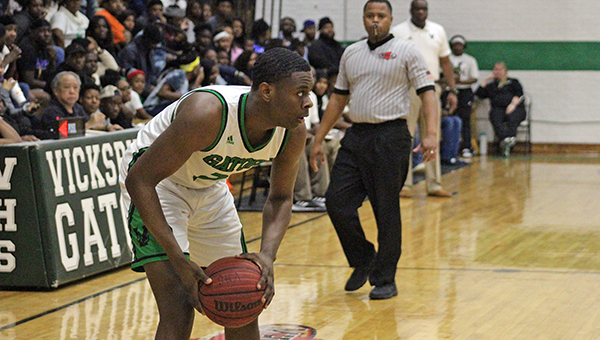 Vicksburg’s Jaden Williams holds the ball along the perimeter during a game against Callaway last week. Williams was selected to play in the Mississippi North-South All-Star Game in March at Mississippi College. (Ernest Bowker/The Vicksburg Post)

Playing in the post isn’t the easiest or most fun job on the basketball court. It’s physical, dirty work where the glory often comes from cleaning up someone else’s messes.

Warren County has two of the best around at the job, however, and they’ve been recognized for their work.

Vicksburg High forward Jaden Williams and Warren Central forward Jabari Bowman have both been selected to play in the state’s all-star games in March.

Warren Central’s Bruce Robinson will be a coach for the Mississippi team in the Mississippi-Alabama game. Robinson said being selected as one of the 12 players for that game put Bowman in an “exclusive club.”

“I think it’s a real good honor for him. When you’re talking about the Mississippi-Alabama game it’s 12 and not 24 like the Mississippi game, and it’s the other coaches that pick him. That is an exclusive club he is in when it comes to Warren County,” Robinson said. 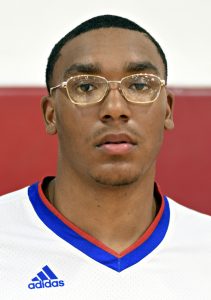 Williams is a 6-foot-7, 220-pound junior who has come into his own this season. He’s only averaging 7.1 points per game for the Gators, who are a guard-oriented team, but is also throwing in 7.5 rebounds, 1.4 blocks and 1.3 steals per game.

Williams is in his second season as a full-time varsity player, and all of his stats are double what they were last year.

“The kid has been humble for a long time. He always talks about how hard he has to work to get noticed, so this is good for him. We’re super duper proud of him,” Vicksburg head coach Kelvin Carter said, adding of Williams’ willingness to do the dirty work inside, “He has embraced it. He knows they shoot and he has to rebound their misses. He’s also done a great job defending the middle and giving us a chance against some of these tough teams we’re playing.”

Bowman, meanwhile, has been a stalwart in Warren Central’s lineup for three seasons. The 6-6, 230-pounder has also improved each year, and is averaging 17.3 points, 7.9 rebounds and 1.3 blocks per game this season.

“Last year he became a lot more involved in what we’re doing,” Robinson said. “Every junior college in the state is recruiting him. Everybody feels like his best basketball is in front of him if he applies himself.”

Two girls players from Warren County, Warren Central’s Amber Gaston (2018) and Vicksburg’s Tiarra Jones (2019) were also selected to play in one of the all-star games. in recent years.