Pelch steps down as Millsaps football coach to become AD 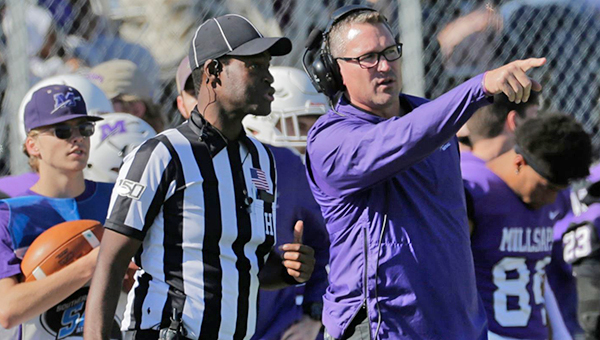 JACKSON — After leading Millsaps College’s football team for 10 seasons as head coach, Aaron Pelch is stepping down to become the school’s director of athletics.

The school announced in a release that a national search for a new football coach will begin immediately.

Pelch has served as interim director of athletics since December 2018. In a release, Millsaps president Robert W. Pearigen said Pelch’s new duties will include strategic planning, policy development and fundraising, among others.

Pelch joined Millsaps as head football coach prior to the 2010 season and compiled a 49-50 record in his 10 seasons. He was named Southern Athletic Association Coach of the Year in 2012 and 2013 as he guided the Majors to a pair of conference championships.

The 2013 season, when Millsaps went 9-1, was its last winning season. The Majors finished 5-5 each of the past two years.

“It has been a great honor to serve as the head football coach at Millsaps over the last 10 years, and I am proud of where the program is today,” Pelch said. “My family and I have been able to grow together with the program and have formed lifelong relationships with players, students, families, and alumni. I look forward to continuing my time at Millsaps. I see this new role as a great opportunity to advance the entire athletic department, and create a winning culture for Millsaps athletics.”