Bridge on Freetown Road set to be replaced 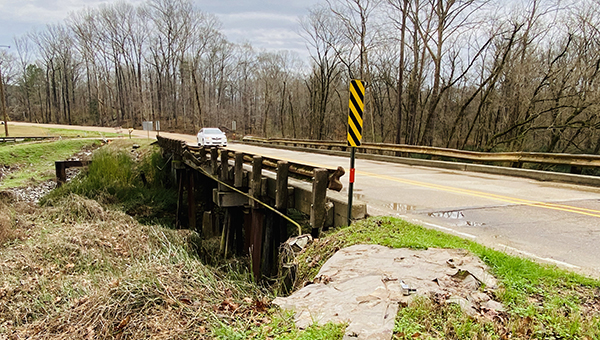 The bridge on Freetown Road near Grey Line Road will be closed beginning Monday as crews replace the bridge. (Tim Reeves/The Vicksburg Post)

Drivers used to traveling along Freetown Road between Culkin and Tucker Roads will have to make a detour beginning Monday.

Robbins said an inspection of the bridge indicated it was in a substandard condition and posed a hazard to motorists traveling across it.

The bridge is being replaced because of its condition, and the $1.54 million project is being funded through the state’s Emergency Road and Bridge Fund, which was passed by the 2018 special session of the Mississippi Legislature to revitalize public roads and bridges across the state.

The Freetown Road and Ballground Road bridges are two of three projects in Warren County covered under the fund approved in January 2019. The Ballground Road project’s cost is $1.358 million. Vicksburg’s $3.7 million Kemp Bottom Road bridge replacement project is also covered by the fund.