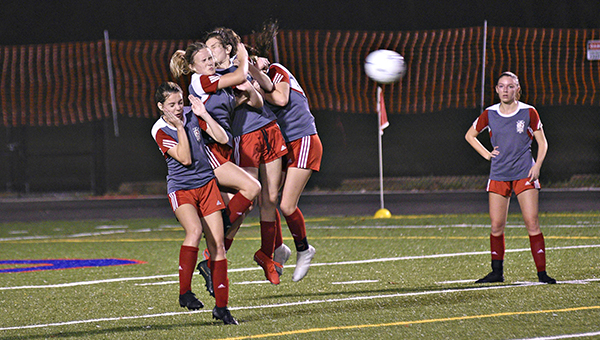 To qualify for the MHSAA Class 6A playoffs, it needed to beat two of the top 10 teams in the state — both by at least three goals — and even then it needed some help.

The Lady Vikes gave it all they had in trying to accomplish the first part, but it wasn’t quite enough. Jada Jelks scored two goals in the second half to help Clinton pull away, and it beat Warren Central 4-0 at Viking Stadium.

Warren Central (10-7, 1-3 Region 4-6A) might still be able to earn a playoff berth, but it would require winning on the road at Madison Central on Friday, and hoping for a series of other results and tiebreakers to fall its way.

Warren Central dug its hole earlier this season with a 3-0 loss to Madison Central in November and a 7-0 loss against Clinton in December.

The rematch with Clinton (10-1-2, 3-0) ended in another shutout, but was much more competitive than the first go-round. The Lady Vikes were only outshot 4-3 in the first half and had the upper hand on the offensive end for the first 10 minutes of the game.

The momentum faded, though, as Clinton started to find the net. Acacia Rodriguez ripped a shot into the upper right corner of the net to put the Lady Arrows ahead 1-0 in the 14th minute.

In the 35th minute, Anna Grace Carter pushed another shot past keeper Anna Hoben following a scrum in front of the net, and whatever chance Warren Central had of winning by the three goals needed to even out the season goal differential tiebreaker was effectively killed.

Warren Central had a couple of scoring chances in the second half. Aryn Greer missed high from the top of the box in the 44th minute, and Jayda Griffin missed a breakaway opportunity as the ball got too far in front of her in the 70th.

Jelks did convert for Clinton, in the 56th and 67th minutes to push the lead to 4-0 and seal it.

“We were just working on trying to get the win. Our goal was to try and keep the scoring down, and then we had a couple of good chances the second half. They just had the numbers and we can’t keep running with them,” Head said.