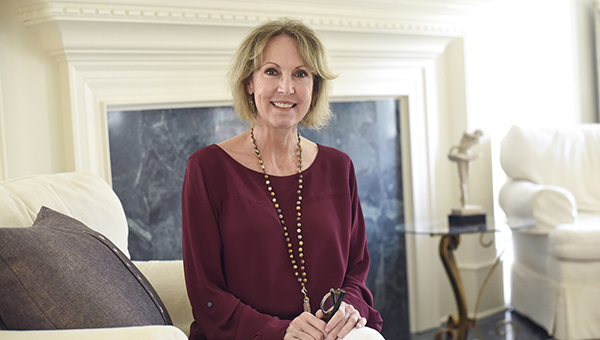 When Vicksburg Living was launched in 2014, its mission was to feature the people, the places and the stories that make Vicksburg such an amazing place to live, work and play. Five years later it is still telling those stories.

Over the previous 27 issues, there have been more than 100 stories written and shared and thousands of pictures detailing the life and history of Vicksburg. And through each of those now 27 editions, there has been one thing that has remained the same; Terri Cowart Frazier.

Monday, Vicksburg Newsmedia, the parent company for Vicksburg Living, which is a sister publication of The Vicksburg Post, announced Frazier had been named the magazine’s editor.

“I am pleased for us and pleased for the community to have Terri step into this expanded and well-deserved role. The magazine may only publish six times per year, but Terri breaths her heart and soul into the publication each and every day,” said Catherine Hadaway, president and publisher of Vicksburg Newsmedia. “I am enthusiastic about the future of Vicksburg Living and look forward to continuing telling Vickburg’s stories with Terri leading our magazine’s editorial and development efforts.”
Frazier, who is a native of Vicksburg, will continue to write stories for The Vicksburg Post, including coordination of the newspaper’s Outlook section each weekend, in addition to her role as the magazine’s editor.

“When I think of Vicksburg Living, the first thing — or person — I think of is Terri,” Vicksburg Newsmedia editor Tim Reeves. “She has been there from the very start of this magazine; there from when it was first discussed as an idea in 2014.

“She has been instrumental in its growth, its success and its ascension to being among the very best magazines in Mississippi.”

Vicksburg Living was named the best magazine produced by daily newspapers in Mississippi during the Mississippi Press Association’s 2018 Better Newspaper Contest. It also earned first place honors in the 2017 contest.

The winners in the 2019 Better Newspaper Contest will be announced this summer.

“I am so excited and honored about this new opportunity and the confidence Catherine and Tim have in me,” Frazier said. “Vicksburg has so many wonderful stories and assets and together I look forward to continuing promoting our community with the Vicksburg Living magazine.”

In the most recent edition of Vicksburg Living, the January/February edition, Frazier wrote about the magazine’s history over its first five years.

“Unlike the newspaper, the magazine has allowed us to tell more in-depth stories, showcase beautiful homes and highlight historical moments,” she wrote in her welcoming column. “Vicksburg is a unique small town with so many interesting people and places to visit.”