Being No. 2 is Gators’ goal for stretch run 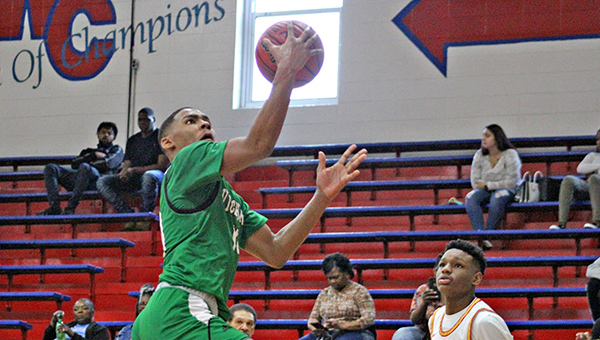 Nobody likes being in last place. In Region 4-5A boys’ basketball, it’s even more true.

Vicksburg, Ridgeland and Provine are all three games behind perennial state power Callaway in the standings. Finishing first is now out of the question, and finishing fourth means playing the Chargers in the first round of the region tournament next month.

That means second and third place are not bad places to be, and the quest to earn those coveted seeds begins Tuesday night. Vicksburg (12-7, 1-2 Region 4-5A) heads to Jackson to play Provine (11-11, 1-2) in the first of three consecutive region games in the span of a week. It’s a critical stretch that will determine which team has a favorable matchup in the first round of the region tournament, and which will have to slay a beast.

“This is the real season right here,” Vicksburg coach Kelvin Carter said. “All of those other games, they matter but they don’t matter. You have to win your district games and find a way to be second or third, if not first. You want to stay out of that four-spot because you have to go up against Callaway in the first round and they’re just a handful.”

Despite being 1-2 in region play, Vicksburg might be in the best position among the three teams battling for the Nos. 2 and 3 seeds. It has already played Callaway twice — and lost both, including a 58-49 setback last Friday — and has yet to play Provine at all.

With its most difficult games in the rearview mirror, and chances to beat the others still ahead, Carter likes where his team stands.

“We haven’t played Provine yet, and we have Ridgeland Friday. So we’re in good shape. We just have to keep playing and find a way to win on Tuesday,” Carter said Saturday, after the Gators beat South Delta 77-65.

Carter added that, while all of the games are important, winning two of three won’t be bad. The Gators beat Ridgeland at home on Jan. 10, and can guarantee one of the middle two seeds by winning the rematch on the road this Friday — provided they can split the two games with Provine.

Vicksburg and Provine play at VHS on Jan. 28.

“We need to split these games with Provine, and it’d be nice if we get that next game against Ridgeland,” Carter said. “If we can beat Ridgeland, we’ll be in good shape because Ridgeland beat Provine. Two or three doesn’t matter at all. Fourth place is the bad place to be.”