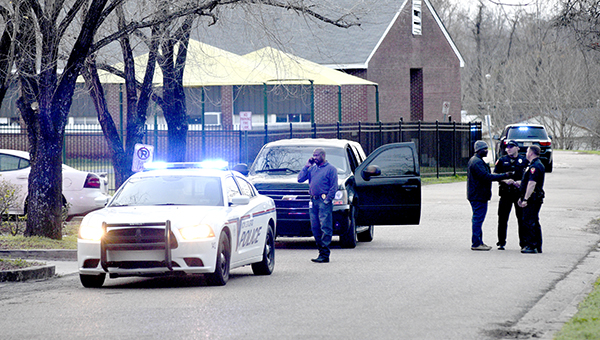 A 19-year-old teen was reported shot about 4:42 p.m. Friday at the Kings Empowerment Center, 224 R. L. Chase Circle. Officers responding to the call found the teen had been shot once in the buttocks.

He was taken to University of Mississippi Medical Center for treatment. The shooting remains under investigation.

• Groceries, an iPad and Dell book bag were reported taken about 9:09 p.m. Friday from a 2013 Nissan Versa parked in the 1800 block of Cherry Street.

• Shots were reported fired about 10:11 p.m. Friday in the area of Jackson and Locust streets. Officers responding to the call found no evidence of shots being fired.

• A recliner, an air conditioning unit, two refrigerators, a stereo and two tables were reported taken about 1:17 p.m. Saturday from a home in the 3600 block of Oak Street.

• Shots were reported fired about 8:05 p.m. Saturday in the area of Jefferson Circle. Officers responding found no evidence of shots being fired.

• Shots were reported fired about 12:47 a.m. Monday in the area of Cairo Drive. Officers responding to the call found no evidence of shots being fired.

• Erica Ferguson, 31, 320 Fisher Ferry Road, was arrested Sunday on charges of aggravated assault, domestic violence. She was being held in the Warren County Jail in lieu of $75,000 bond.