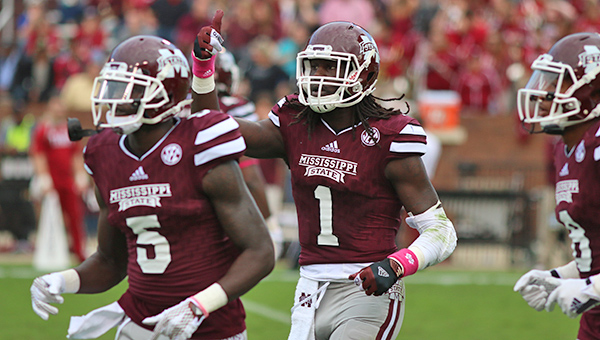 BIRMINGHAM, Ala. — Former Mississippi State football player De’Runnya Wilson was the victim of a homicide in his hometown of Birmingham, police said Tuesday.

According to the Birmingham Police Department, the 25-year-old was found in a residence in the 2100 block of Northland Avenue in Birmingham unresponsive by a relative on Tuesday.

Birmingham Police Department spokesman Johnny Williams said upon arriving at the home, officers discovered information that led them to investigate it as a homicide.
Williams said police are still investigating the crime and gathering information.

He was not selected in the 2016 NFL draft, and had a brief stint with the Albany Empire of the now-defunct Arena Football League in 2018.