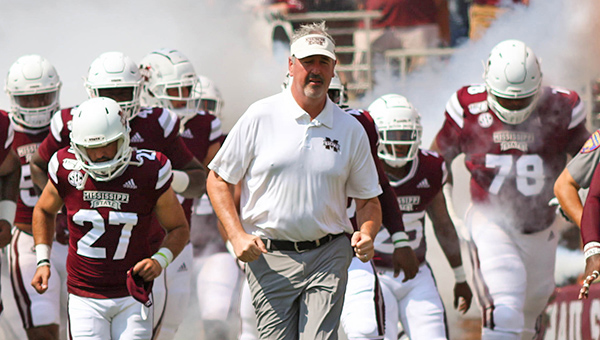 Moorhead, 46, replaces Marcus Arroyo, who left Oregon to become the head coach at UNLV.
Mississippi State dismissed Moorhead earlier this month after two seasons and hired Washington State coach Mike Leach to replace him. The Bulldogs went 6-7 this season, finishing with a loss to Louisville in the Music City Bowl.

A highly regarded offensive coordinator for two seasons at Penn State, Moorhead was 14-12 in his tenure at Mississippi State. He led his team to bowl berths both years.

“I’ve admired Joe’s offensive philosophy and ability as a play caller from afar, and after meeting with him I was even more impressed,” Oregon coach Mario Cristobal said in a statement Tuesday. “He is a great teacher and communicator, and instills confidence and belief in his players. His offenses have been explosive, balanced, multiple and creative.”

Oregon went 12-2 this season, capped by a Pac-12 championship and a victory over Wisconsin in the Rose Bowl. The Ducks were ranked No. 5 in the final AP Top 25.

“I’m looking forward to helping build on the great success the program has already had and I can’t wait to experience game day in Autzen Stadium,” Moorhead said.