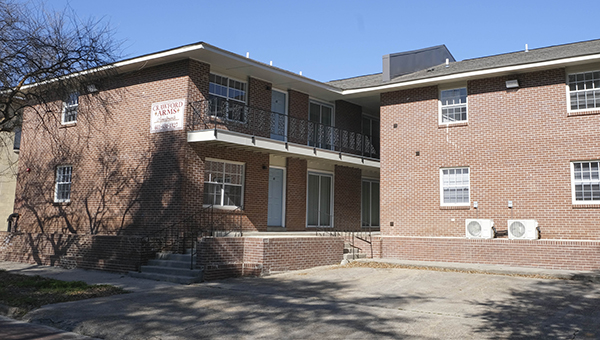 The developers of a renovated apartment building on Crawford Street that at one time was targeted for demolition by the city will be getting a tax break on the property.

The Board of Mayor and Aldermen Tuesday approved a 7-year tax abatement for the renovated Crawford Arms Apartments, 1111 Crawford St., that will allow the developers to get a break on the building’s improvements.

City attorney Nancy Thomas said the total amount of the tax break has not been determined, pending re-assessment of the improved property. When the assessment is completed, she said, the break will be on the increase.

That means if the building has a present value of $1,000 and the value goes up to $5,000, the additional $4,000 will not be taxed for seven years. The city will get the property tax revenue on the present $1,000 value during the abatement period.

Brett Hayes, who with his brother Greg bought the 20-unit apartment building from Holly Springs Lawyer Kent Smith, said they invested about $1.4 million in the building’s renovation.

“His (Smith’s) partner died,” Brett Hayes said. “He was the money and his partner was going to do the renovations, and he went in and gutted them and took them down pretty much to the 2-by-4s. That’s how we bought it.”

Hayes said a new roof was installed, and construction crews removed the walls separating the kitchen and den in each apartment to give them an open look.

“We got new appliances; we put washers and dryers in each of them,” he said. “We saw some money in them, but they’re brand new,” he said, adding there are 12 two-bedroom and eight one-bedroom apartments.

“We put about a year-and-a-half in it, but what took so long was we had to go through the historical society,” he said. “We’re ready to go if we can get some renters.”

Built in 1963, the 20-unit Crawford Arms Apartments are located at the dead-end of Crawford Street east of the Southern Cultural Heritage Center.

The building was allowed to deteriorate, and by 2011 the city placed it under its slum clearance ordinance and targeted it for demolition.

The building and the nearby South Street, or Triple Six, Apartments on South Street, which was also under a slum clearance order, were bought in 2014 by Smith, who planned to clean and renovate the properties.

After Smith had problems trying to develop the property, he sold the Crawford Arms to the Hayeses and donated the South Street Apartments to Habitat for Humanity, which later sold them to New Hope Missionary Baptist Church in Natchez, which does residential construction and rehabilitates older buildings for residences.