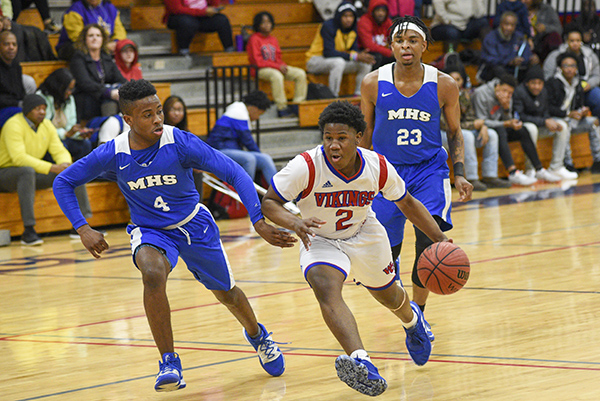 Warren Central started a critical stretch of the season by picking up a big win Tuesday night.

Daniel Smothers scored 10 of his game-high 22 points in the fourth quarter, and the Vikings beat Murrah 58-53.

Jabari Bowman added 17 points and Randy Clark 12 for Warren Central (11-9, 1-2 MHSAA Region 4-6A), which snapped a four-game losing streak and also earned its first region victory. The Vikings let an eight-point halftime lead slip away in the third quarter, then rallied in the fourth to win.

It was the first of four consecutive region games for Warren Central, three of which are at home. The Vikings will play five of their last six games at home. Up next is Madison Central on Friday night.

Smith topped the 20-point mark for the second time in three games. He had 23 in a win over South Delta on Saturday.

Peytin Jackson added 12 points and four assists, and Cameron Butler finished with 10 points and six rebounds for the Gators. Vicksburg outscored Provine 25-14 in the third quarter to blow the game open.

Tuesday’s game marked the end of a stretch of four games in five days for the Gators, three of which were on the road in Jackson. They went 3-1.

The Gators will have a couple of days off before heading back on the road Friday to play region rival Ridgeland.

The Irish opened a 31-point lead by halftime and cruised to the win in the second half. C.J. Moore scored 12 points, Mekhi Norris had 10, and Dillon Johnson nine.