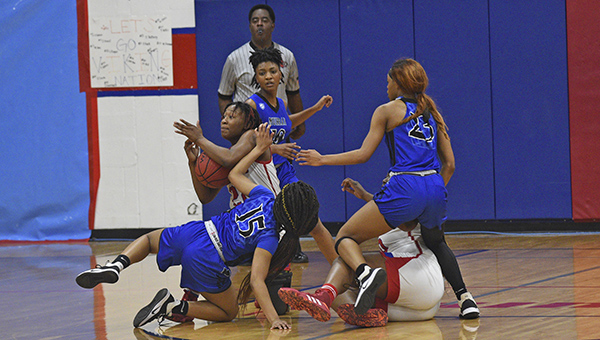 The Vicksburg Missy Gators’ shooting touch wasn’t great on Tuesday night, but it didn’t stop them from adding another win to their resumé.

Sha’Kora Knight and Tiarra Jones scored 13 points apiece as the Missy Gators beat Provine 59-56. The win ensured Vicksburg will have at least the No. 3 seed in the MHSAA Region 4-5A tournament next month, as well as the inside track to the No. 1 seed.

The Missy Gators (13-7, 3-1 Region 4-5A) are tied with Provine (12-7, 3-1) for first place, and two games ahead of both Callaway and Ridgeland with two region games remaining. They’ve already beaten Callaway twice to own the head-to-head tiebreaker. 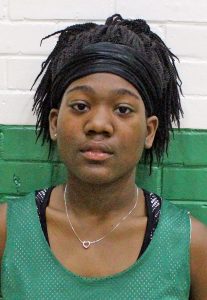 Vicksburg only shot 23-of-72 (32 percent) from the field against Provine, was 8-for-39 from 3-point range, and 15-for-33 from the free throw line. Eight players scored at least two points, however, and they did enough on defense to squeak out the win.

Yakia Burns finished with seven points and 10 rebounds for Vicksburg, and Jones had nine rebounds to go along with her 13 points.

Murrah 44, Warren Central 41
Warren Central trimmed an eight-point deficit in the fourth quarter to one in the final minute, but committed two turnovers down the stretch and lost to Murrah on Tuesday.

The Lady Vikes (8-9, 0-3 MHSAA Region 4-6A) lost their fifth game in a row despite giving Murrah (18-5, 3-0) a much harder time than in their first meeting a week ago in Jackson. Murrah won that game by 20 points, but never pulled away in this one.

The teams entered the fourth quarter tied at 37, but Greenville-St. Joe outscored PCA 17-4 in the final period. Ashanti Brown led the Irish with a game-high 25 points, and Cha’Koriea Holmes scored 13.