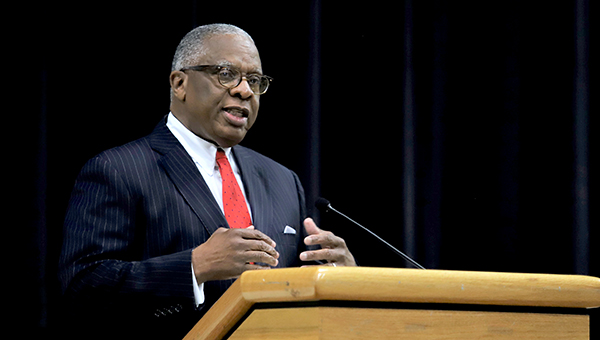 Mayor George Flaggs Jr. will present an update on the city and take questions from residents on any city topic at a 6 p.m. public meeting Wednesday in the boardroom of the Robert M. Walker Building, 1415 Walnut St.

He announced the meeting at the start of Monday’s meeting of the Board of Mayor and Aldermen.

“It (the meeting) will be open to the public and I’ll be taking all the questions,” he said. “I think you should always be accessible and accountable to the public. I believe in making myself available to those who have concerns about the direction of the city.”

The meeting is the first for 2020. Since taking office, Flaggs has held a number of public meetings each year on different topics, including crime, the Kings community, the city charter and Vicksburg’s open container and leisure zone ordinance.