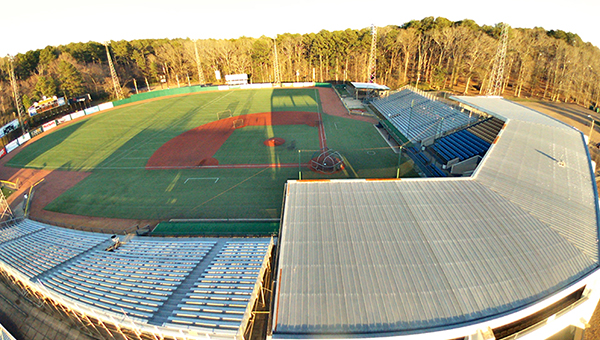 JACKSON — Smith-Wills Stadium has had a host of tenants since it opened in 1975, from high school teams in the Jackson area to Double-A professional baseball.

This spring, it’s going to be one of the busiest college baseball hubs in Mississippi.

KSG-Overtime Sports, which manages the facility, has announced plans for a three-day tournament and for Louisiana Tech to play three Conference USA series there this season.
Belhaven University also will play 19 home games there between February and April.

The tournament was previously held in New Orleans’ Wesley Barrow Stadium and has been relocated as part of Overtime Sports’ transformation of Smith-Wills Stadium into an NCAA Academy in Jackson, much like the MLB academies built in New Orleans, Los Angeles, Houston, and Puerto Rico.

“Our plan is to renovate and create a place where local high schools, colleges and universities from all over the country are invited to come and play games at Mississippi’s oldest professional baseball facility — Smith-Wills Stadium — and get a taste of true southern hospitality,” Overtime Sports owner and founder Tim Bennett said in a release. “This is an example of the validity and usefulness of older stadiums all over this country. These are places where baseball can still live and thrive along with so many other events.”

Louisiana Tech will make Smith-Wills one of its homes away from home beginning in March. Its own J.C. Love Field was heavily damaged by a tornado in April 2019 and will not be available this season. The Bulldogs will instead split their home schedule between three cities in Louisiana and Mississippi.

“We are so thankful to the tremendous people of our city of Ruston, Ruston High School, ULM, the city of Jackson, and the folks at historic Smith-Wills Stadium for allowing us to utilize their facilities during this season,” Louisiana Tech head coach Lane Burroughs said in a statement.

Bennett said in a release that hosting Louisiana Tech was part of an effort to revitalize the 5,200-seat Smith-Wills Stadium as a multi-level baseball venue.

When Trustmark Park opened in 2005 in nearby Pearl as the home of the Double-A Mississippi Braves, it supplanted Smith-Wills as the pre-eminent baseball facility in the Jackson area.
Smith-Wills, however, has continued to be used as a venue for high schools, colleges and independent baseball leagues since then. Thanks to its artificial turf surface it has also hosted concerts and other sports such as high school football, breathing new life into the 45-year-old stadium as a multi-purpose facility.

“This marks a continuation of NCAA games booked at Smith-Wills Stadium as part of our effort to create a college campus atmosphere and hopes of creating an Academy similar to the many foreign and domestic academies built and promoted by Major League Baseball and its MLB Clubs,” Bennett said in a release. “We are committed to bringing games of this caliber back to the historic and former minor league baseball facility.”