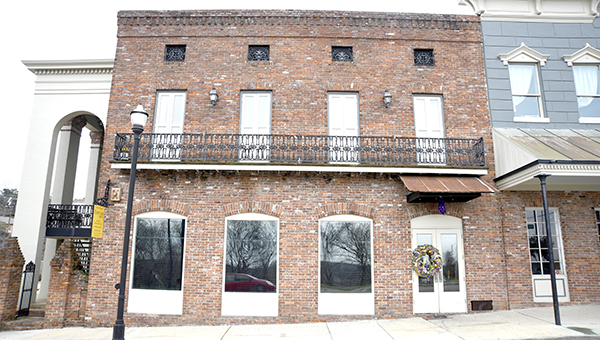 The downtown space that once was The Mad Baker, is seen empty Tuesday. (Courtland Wells/The Vicksburg Post)

A downtown bakery abruptly closed its doors last week leaving just a video message on Facebook as to the reason why.

In a nearly 20-minute video, Felicia McKnight, owner of The Mad Baker, announced the bakery would be closing and that she was moving the business to Tennessee.

McKnight said the move to Tennessee offered her opportunities to grow and expand her business.

“I will also get to attend schools and learn more,” she said on the post.

Wooten said she had not been made aware of McKnight’s future plans until she saw it on social media.

“I just saw on Facebook, like everybody else, that she was moving to Tennessee and taking the restaurant there,” Wooten said.

The Mad Baker opened in 2015 and was originally owned by Live Work Play Downtown Vicksburg, comprised of Wooten and Daryl Hollingsworth.

Two years ago, Wooten said, she sold the business to McKnight.

In addition to the baked goods available at the bakery, which included cakes, cupcakes and cookies, The Mad Baker’s menu also offered a variety of breakfast foods that were served throughout the day and healthy lunch options.

Now that McKnight has moved her business, Wooten said the property, located at 1119 Washington St., is up for lease.

“It is turn-key with all the restaurant equipment there if anyone wants to open a bakery or a restaurant,” Wooten said. “Or it could be any other type of space.”

Measuring at around 1,500 square feet, the building also has access to its own parking lot as well as parking on China and Grove streets.

There are also eight large apartments above, and approximately 3,750 square feet of retail space beside the property, Wooten said.